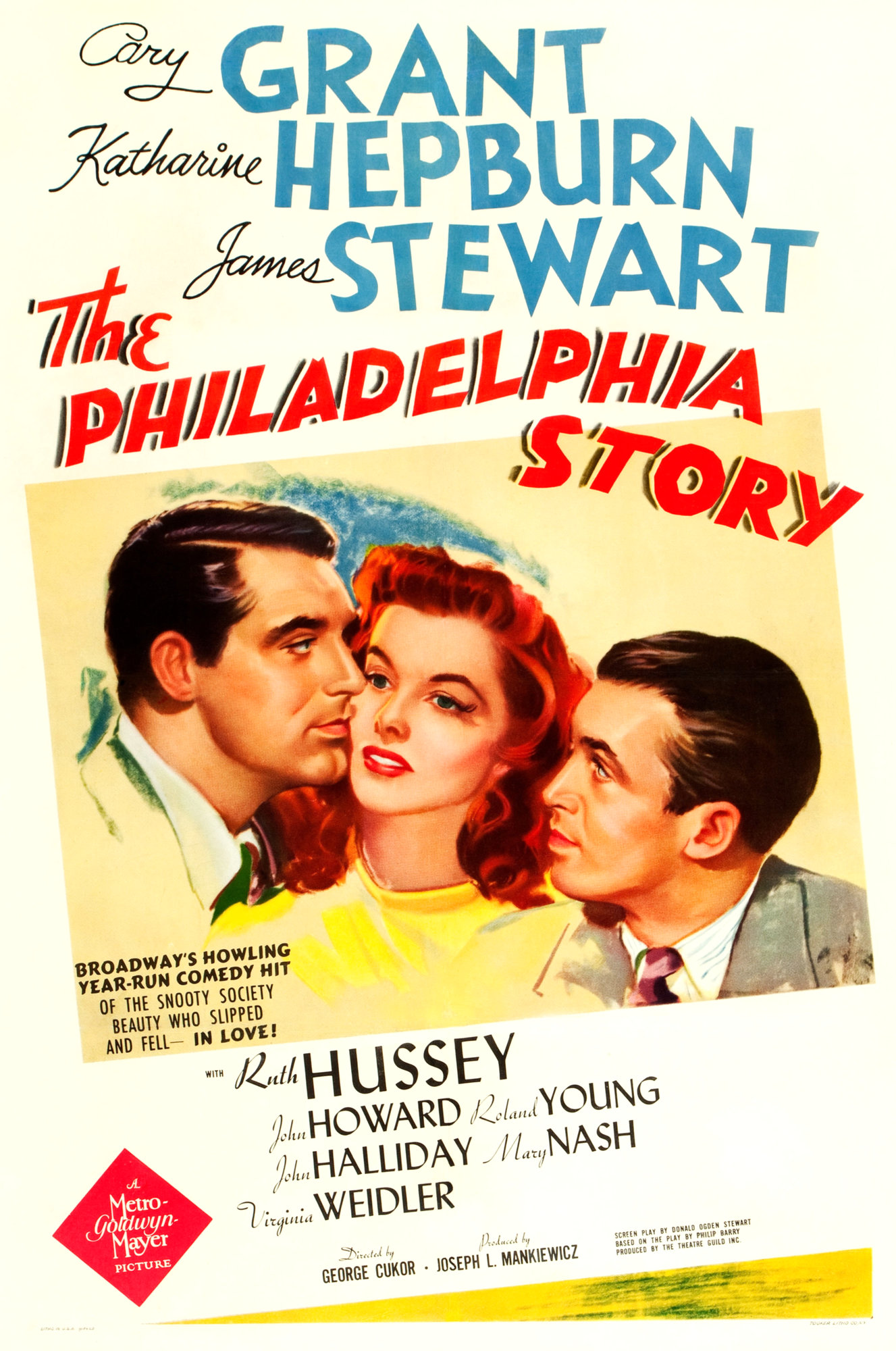 Katharine Hepburn is the snooty daughter of a wealthy Philadelphia family and about to marry for the second time. Things get hilariously complicated when her cunning ex-husband Cary Grant enters the scene with tabloid reporter James Stewart in tow. While Stewart falls helplessly in love with Hepburn, she rejects her stuffed-shirt fiancé and realizes she’s still in love with Grant. One of the greatest romantic comedies ever produced, it was recently selected as one of the top 100 American films of all time by the prestigious American Film Institute.

Nominated for six Academy Awards, including Best Picture, and winner for Best Screenplay. Stewart (“It’s A Wonderful Life,” “Mr. Smith Goes to Washington”) took home an Oscar for his earnest portrayal of the smitten reporter, and Oscar-winner Hepburn (“The African Queen,” “On Golden Pond”) received her third nomination. Ruth Hussey (“Northwest Passage”) earned an Oscar-nomination as a cynical tabloid photographer.

The Philadelphia Story (1940)
Where to rent THE PHILADELPHIA STORY