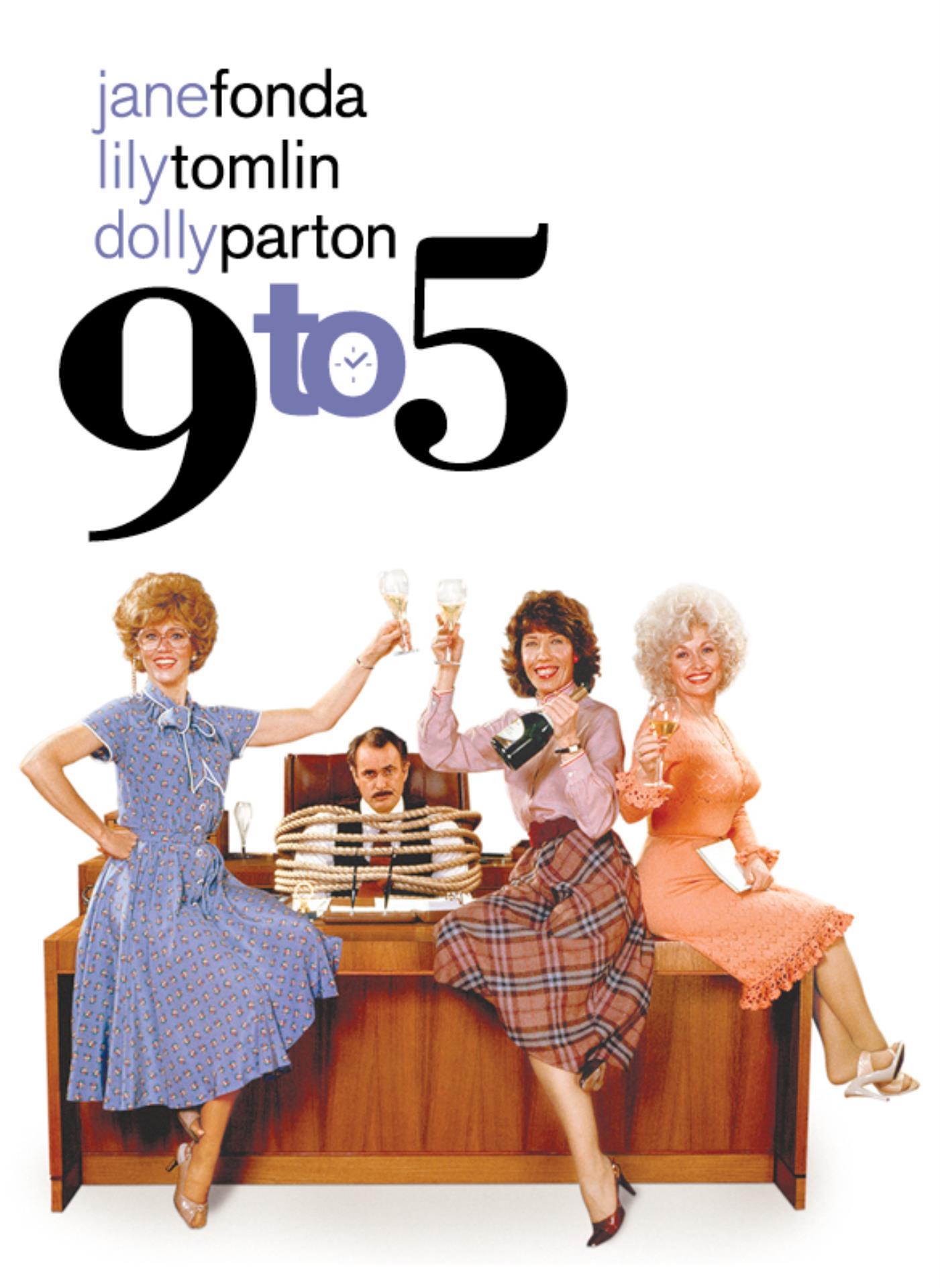 9 to 5 stars Jane Fonda, Lily Tomlin, and Dolly Parton as three working women who live out their fantasies of getting even with and overthrowing the company’s autocratic, “sexist, egotistical, lying, hypocritical bigot” boss, played by Dabney Coleman.