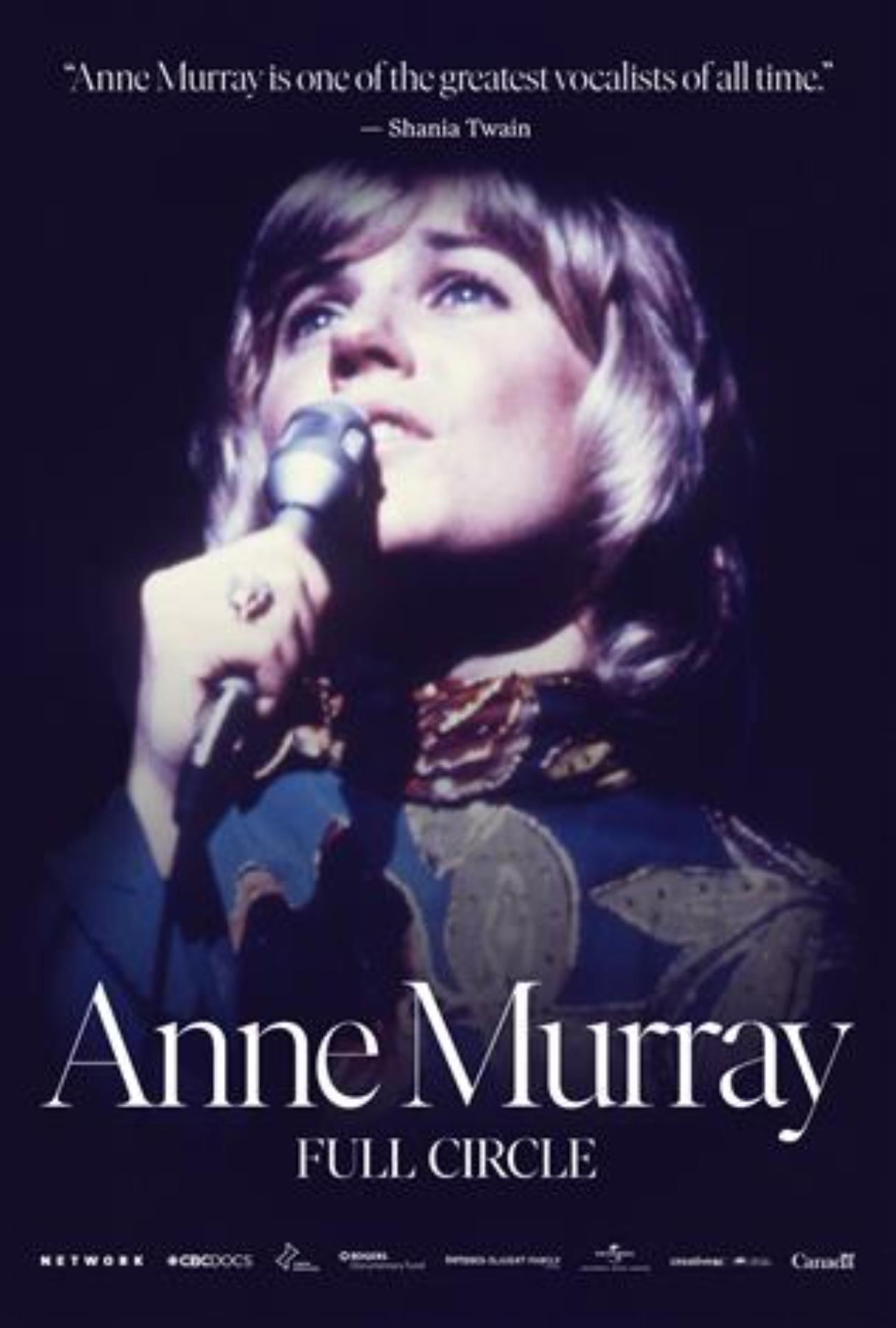 Join the director of Anne Murray: Full Circle Morgan Elliott for a Q&A after the screening with Aidan Mason, Anne’s longtime backup singer and guitarist.

A small-town girl from a Nova Scotia coal mining town becomes a Canadian icon and international superstar. Pure, honest, or just plain ol’ good, no matter how Anne Murray’s voice was described, it was always clear she has a remarkable gift. Throughout Anne’s decades-spanning international career, her songs topped the charts, her TV specials set records, she performed and collaborated with music royalty, and she converted casual listeners into die-hard fans with her undeniable talent. Anne Murray: Full Circle is a full-length, fully authorised documentary featuring an original, in-depth interview with Anne sharing anecdotes, memories, and observations as 19 familiar hit songs and breathtaking archival footage illuminate Anne’s storied career. Original new interviews with the artists, collaborators, and colleagues who knew her best including Shania Twain, k.d. lang, Bonnie Raitt, Jann Arden, Kenny Loggins, Gordon Lightfoot, Bruce Allen and others are seamlessly woven into the story and paired with rarely seen material from her personal archives, telling the story of a ground-breaking woman who seized control of her career and soared to the heights of fame without failing to stay true to herself. Throughout the film, we not only celebrate the unforgettable music of Anne Murray but experience the full spectrum of the small-town singer turned superstar, pioneer, and icon.

Aidan Mason was born and raised in South Africa and came to Canada in 1973. Three years after his arrival he was hired as Anne Murray’s guitarist and background singer. He toured and recorded with Anne for over 32 years until she retired in 2008. Since then Aidan has kept active producing, composing, and performing music in the Toronto area. He is known for co-writing “Love to Live in Toronto”, the winning song in the 2009 Toronto Song Competition and has produced and composed numerous radio jingles. Presently, aside from playing jazz/funk guitar in various configurations around the city and studio recording and jingle writing, Aidan sings and plays in the duo “Fit as a Fiddle” with his wife Margot Glatt. They have been entertaining the 55+ crowd and family audiences across the GTA and throughout Ontario since 2004.