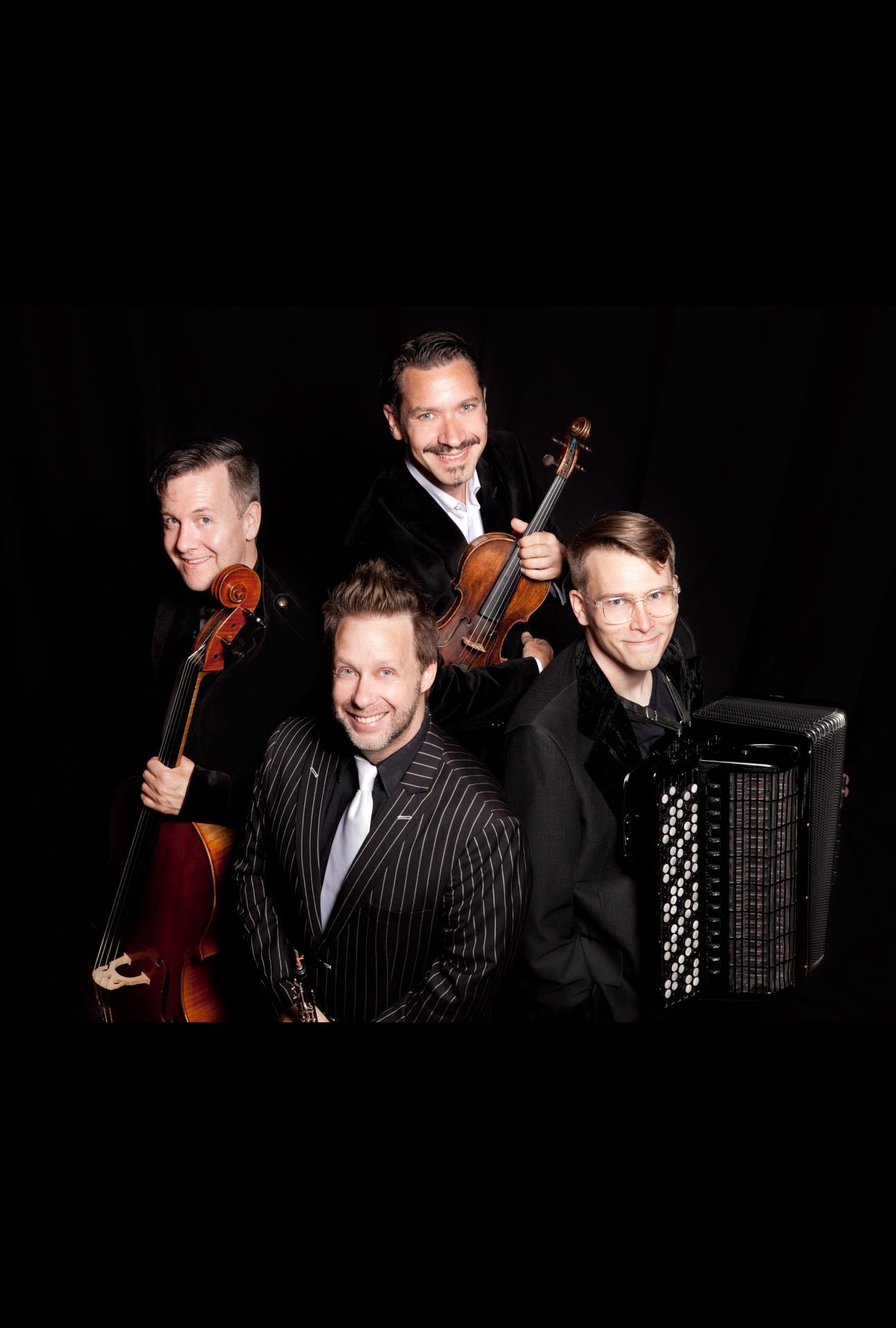 Quartetto Gelato, the ensemble of “Wine Country” fame, has enchanted audiences internationally for over 30 years. From their beginnings as PBS’s “Best New Artist of the Year’, to being chosen “Best Classical Artist” at the 2010 INDIE Awards, widespread international touring has taken Quartetto Gelato around the world, performing repeat tours in Korea, Japan, the US, the U.K., Italy, Russia, and more, and receiving airplay in over 120 countries worldwide. Inclusion on the Hollywood soundtrack of director Norman Jewison’s “Only You” (with Marisa Tomei & Robert Downey Jr.) and selection of their first two CD’s for astronaut Robert Thirsk’s flight on the NASA Columbia space shuttle has since propelled their reputation around the world.

This one-of-a-kind group features Colin Maier on oboe, musical saw, and vocals (and also a Cirque de Soleil acrobat & musical theatre actor), Serbian violinist/vocalist Tino Popovic, Matti Pulkki, an award-winning Finnish accordionist, and cellist/sound engineer/composer Kirk Starkey–all of whom play the music by memory with plenty of humor (and great jackets). Their repertoire ranges from virtuosic showpieces to romantic songs, familiar audience favorites and captivating new melodies. Quartetto Gelato is celebrating the release of their 10th CD, “Tasty Tunes”. Low-fat, high-energy and bursting with flavor, the album features everything from works by Cab Calloway to Beethoven, a Serbian drinking song, and even the theme from the Simpsons, a combination that will leave you smiling.