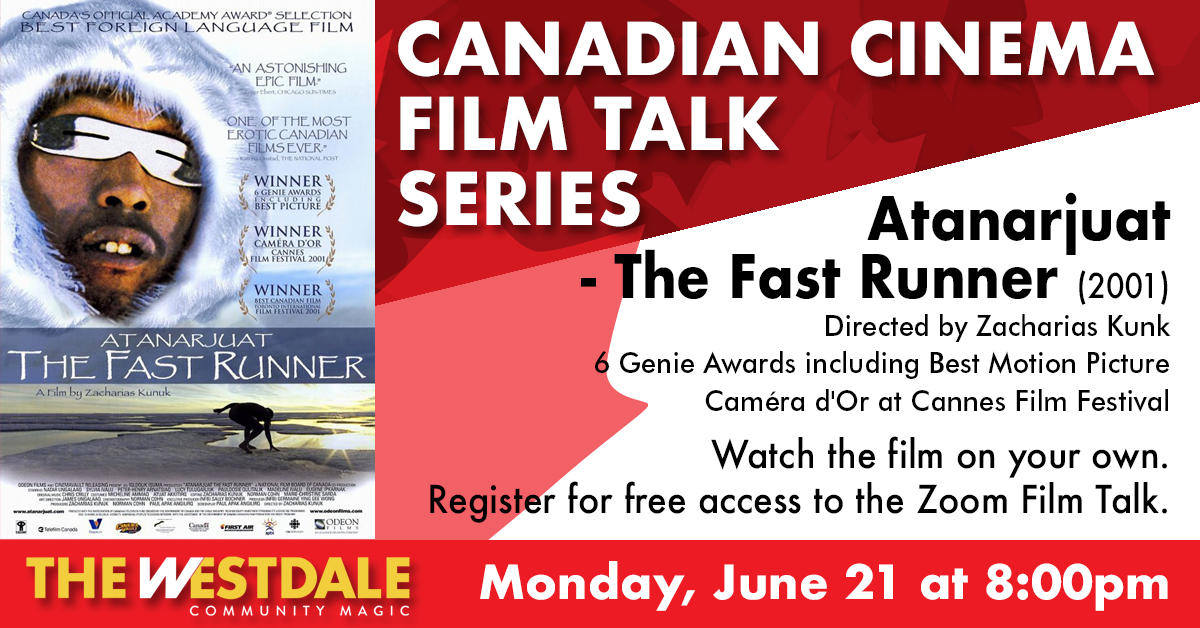 Zacharias Kunuk, the director of ATANARJUAT: THE FAST RUNNER (2001) will be joining us on Monday, June 21 at 8:00 pm to talk about his career, and ground-breaking award-winning film.

This adaptation of an ancient Inuit legend was filmed in Inuktitut and directed by Inuit filmmakers – making Atanarjuat the first feature film of its kind.

Set in Igloolik, in Nunavut, this is “a powerful drama, not a documentary,” reminds the director Kunuk. “It demystifies the exotic, otherwordly aboriginal stereotype by telling a universal story.” The clothes, spears, kayaks, sunglasses, and dwellings were all painstakingly researched. “We show how our ancestors dressed, how they handled their dog teams, how they argued and laughed.. confronted evil and fought back.”

In Inuktitut, with English subtitles.