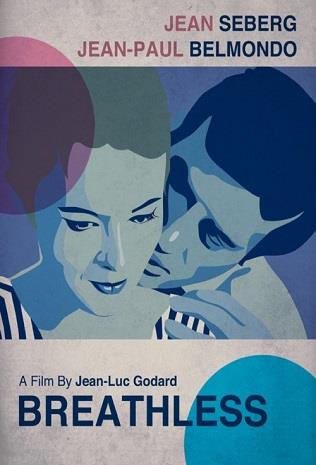 A young car thief kills a policeman and tries to persuade a girl to hide in Italy with him.

Michel Poiccard (Jean-Paul Belmondo) is a Frenchman who models his persona on American movie star Humphrey Bogart. He finds himself in trouble with the law after he steals a car, after which he shoots and kills the policeman pursuing him. After he goes on the run, he runs into American journalist Patricia Franchini (Jean Seberg), and the two form an unlikely relationship. Patricia willingly hides Michel from the police as he tries to scrape together enough money to flee the country.