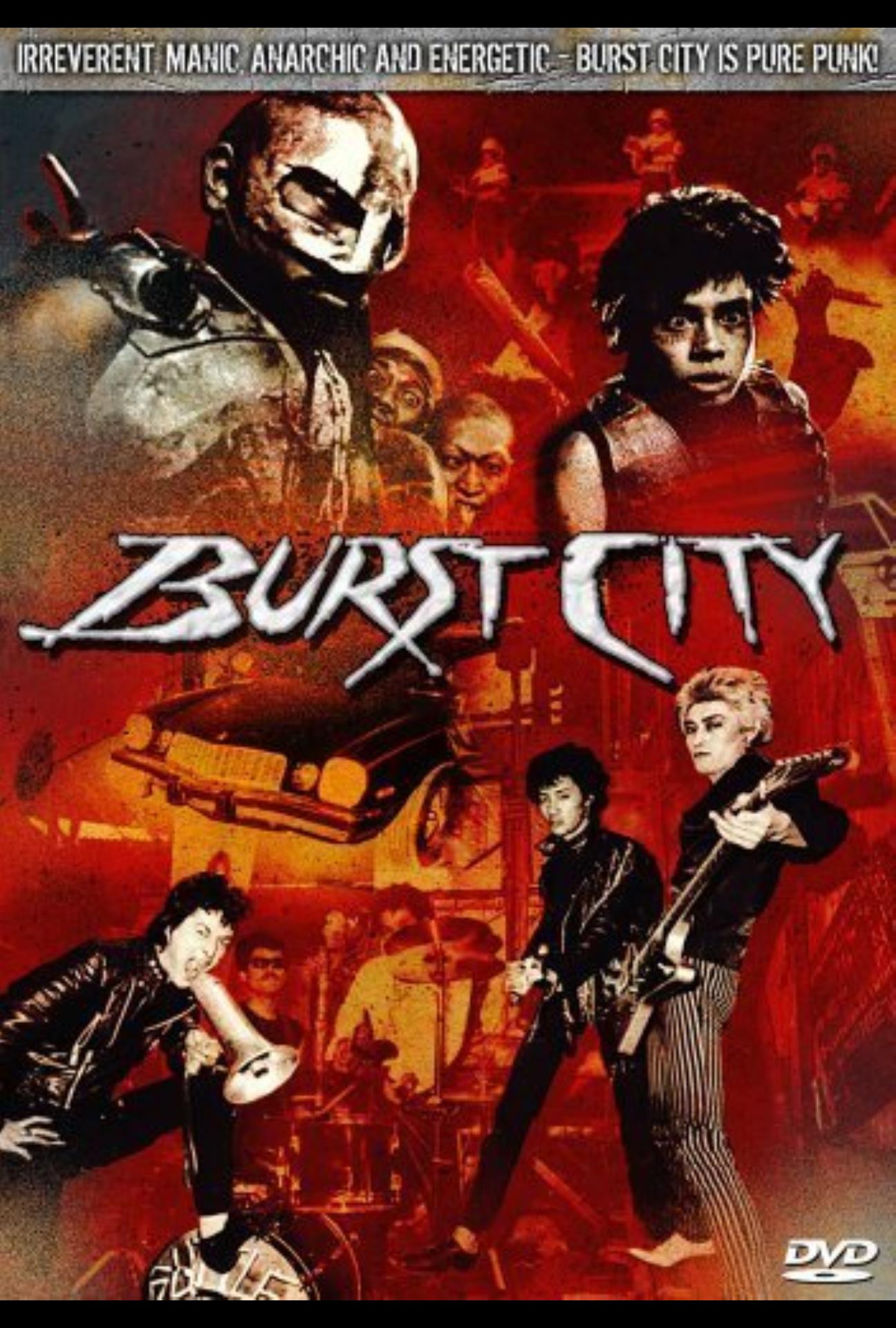 “Foreshadows everything from the works of Shinya Tsukamoto and Takashi Miike to two decades of MTV music videos.” — Tom Mes, MIDNIGHT EYE

Fans of TETSUO: THE IRON MAN take note! An early landmark in cyberpunk cinema, BURST CITY is an experimental, dystopian musical from underground filmmaker Sogo Ishii that ignites a Molotov cocktail of MAD MAX-style carnage and riotous performances from members of the
real-life Japanese punk bands The Stalin, The Roosters, The Rockers and INU. In a derelict industrial wasteland on the outskirts of Tokyo, two rival bands and their unruly mobs of fans gather for a Battle of the Bands-style protest against a nuclear power plant, bringing them
face-to-face with the yakuza industrialists behind the development of their turf. This extraordinary celebration of Japan’s punk music scene of the early 1980s thrust Sōgo Ishii (now known by the name of Gakuryū Ishii), the underground filmmaking wunderkind behind such works as Half Human: Einstürzende Neubauten (1986), Angel Dust (1994) and Electric Dragon.