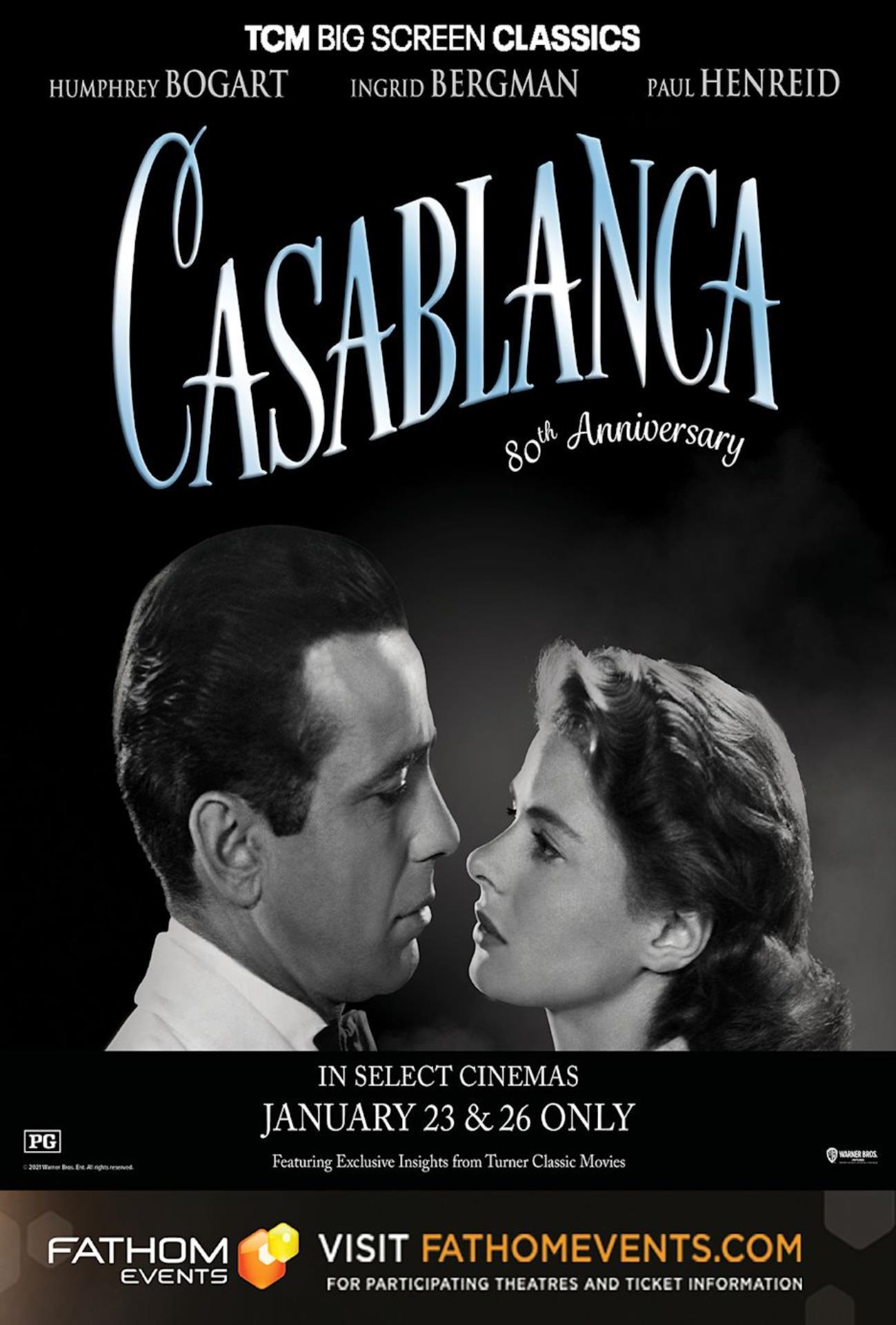 Stay for a Film Talk, Q&A, and Casablanca Trivia with Jeffrey Bender after the Saturday, May 21 show!

Fathom Events, Turner Classic Movies and Warner Bros. are bringing Casablanca to select cinemas on January 23 and 26, including exclusive insights from TCM.

Academy Award® winners Humphrey Bogart and Ingrid Bergman light up the screen in one of the most enduring romances in movie history– Casablanca.

Rick Blaine owns a nightclub in Vichy-controlled Casablanca, frequented by refugees desperate to escape German domination. Despite the ever-present human misery, Rick manages to remain uninvolved in World War II now raging across Europe and Northern Africa. But all that changes when Ilsa Lund walks through the front door of Rick’s club–Rick must now choose between a life with the woman he loves and becoming the hero that both she and the world need.