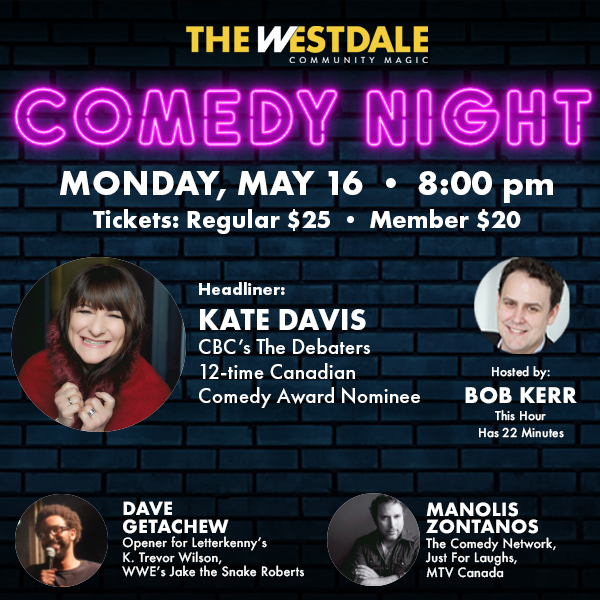 Comedy Night at The Westdale May 16 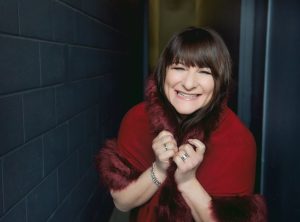 Kate’s comedy career started as a need to get out of her house. So one night after putting the kids to sleep she ventured into a local comedy club and never looked back!

Now, a twelve-time nominee at the Canadian Comedy Awards for Best Female Standup and the prestigious Phil Hartman Award. Kate is also the star of her own hour-long comedy special on CTV and the Comedy Network, “Comedy Now.” Kate Headlines across the country and has performed at the Winnipeg Comedy Festival, The Hubcap Comedy Festival, The Kitchener-Waterloo Comedy Festival and LOL. Kate has also shared the stage with Lewis Black and Seth Meyers and is a favorite at corporate events. Kate’s corporate career has allowed her the opportunity to host events for the former President, Bill Clinton, Barbara Walters and many others. You might have heard Kate on CBC Radio “The Debaters” as well as Sirius XM radio. Kate made it to the final round in Toronto for “Last Comic Standing” 2008 season and 2011 in Toronto for NBC’s Stand up for Diversity. Kate has 2 comedy albums out “House Arrest” and her newest album “Tested Positive.” 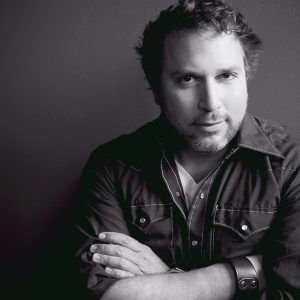 Manolis Zontanos is a Canadian standup comedian from Hamilton, Ontario.  Manolis has appeared on The Comedy Network, Just For Laughs, MTV Canada & more.  Touring the world as a comedian, Manolis has worked with the likes of Russell Peters, Ari Shaffir and Rick Shapiro to name a few.

His unique brand of humour allows audiences into the mind of a simple, yet at the same time very complex man that leaves people feeling as though they made a new best friend. He is not one to miss! 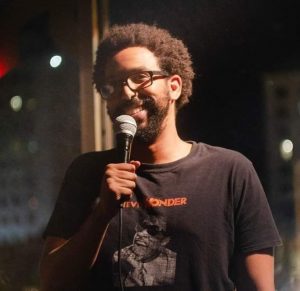 Dave allegedly started his comedy career plucked out of obscurity as a small african child by a crazed Dave Chappelle. Some how they took the wrong flights and Dave Getachew ended up in Canada. Chappelle said over Zoom figure out comedy in Canada and then come see me.

He has been performing all around Ontario. Dave has opened for Letterkenny’s K. Trevor Wilson, WWE’s Jake the Snake Roberts, and Canadian legends Gavin Stephens and Kenny Robinson. 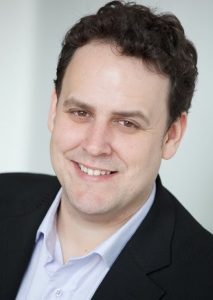 The Westdale is operating at 100% capacity with general admission seating for movies and film festivals and reserved seating for events.