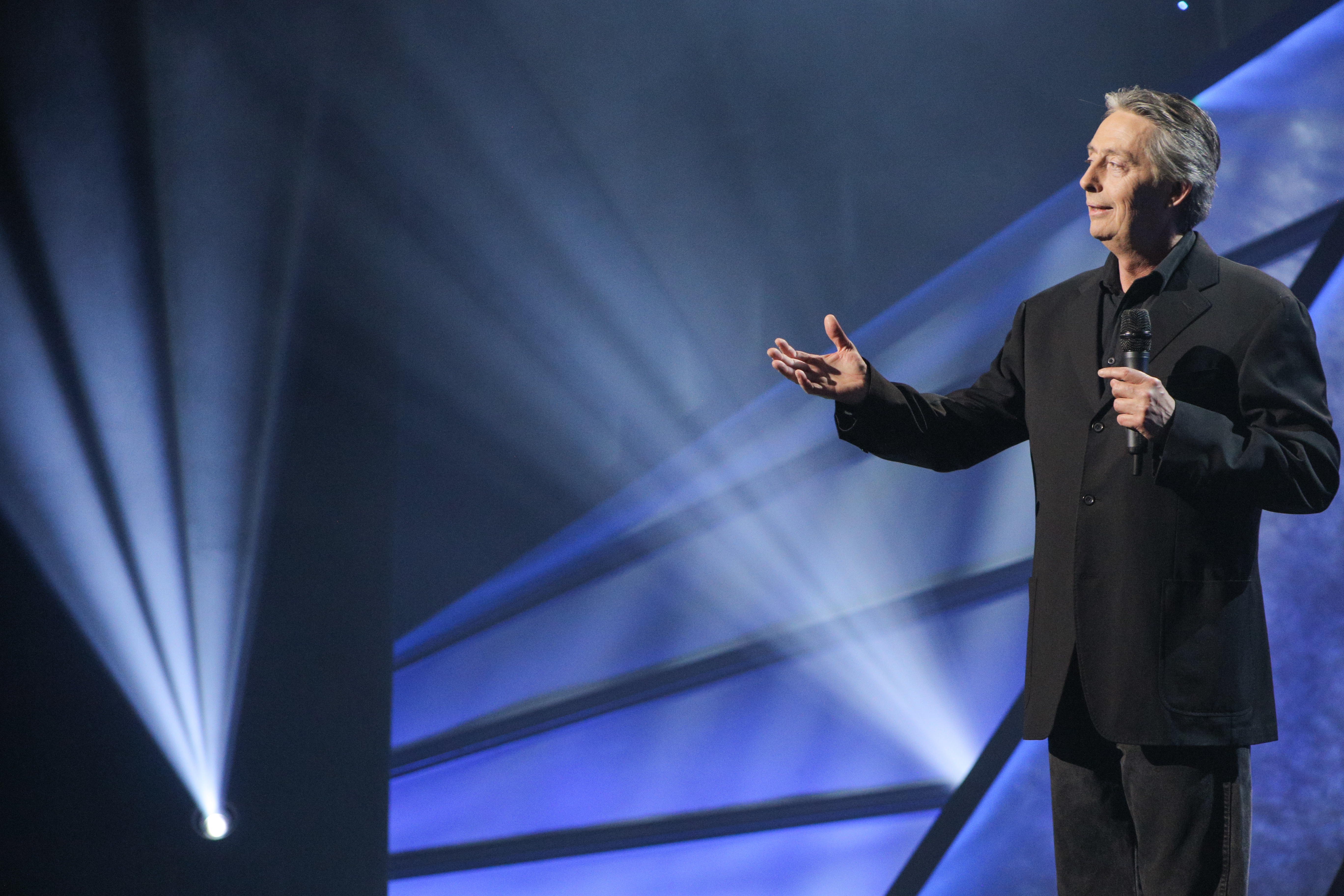 is A new 90-minute stand-up comedy show, …a richly textured and enthralling ‘cut above,’ delivered with pace and authority by the consummate Canadian Comedian.

“So Here’s the Thing …”  – A  breath of fresh air, finely honed and relentlessly funny! Take a break from the world and settle in for a seamless glide over life’s troubled waters. Like the canoeist seated deftly atop his life jacket, with whiskey and pot cookies sealed in airtight containers, Derek Edwards has left little to chance in this polished comedic adventure.

They say, “Brevity is the soul of wit.” And like in a Hollywood movie when the fleeing hero has to jump off a cliff into a waterfall, and the bad guys say, “Nobody could have survived THAT,” then they cut back to a single hand reaching out of the rushing water, finding purchase on a floating log. Derek is like that Sodden Log! An island of stability amidst the frenzy. An oft saturated and not entirely stable respite from life’s turmoil.

From Vegas to St. John’s, this Just For Laughs veteran is universally considered to be among the comic elite. Certainly, his peers think so, as evidenced by the fact that he’s a four-time nominee, and winner of Best Standup Comic – Canadian Comedy Awards, as well as a multiple Gemini nominee for Best Performance in a Comedy. As Rick Mercer says, “Everyone knows Derek is the funniest man in Canada.”