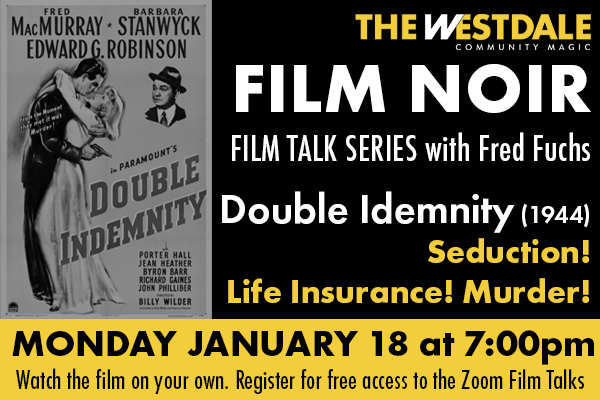 Often hailed as the greatest Film Noir of all time, director Billy Wilder’s DOUBLE INDEMNITY, adapted from a James M. Cain novel, has it all!

Starring Fred MacMurray as an insurance salesman, Walter Neff who finds lust at first sight as he encounters the quintessential Femme Fatale as portrayed by Barbara Stanwyck! If you have ever wanted to see what happens when an insurance policy goes south, see DOUBLE INDEMNITY!

Join Fred Fuchs for a talk in which you will learn about the history of Film Noir, the genre’s style and why DOUBLE INDEMNITY is the best place to start this series!