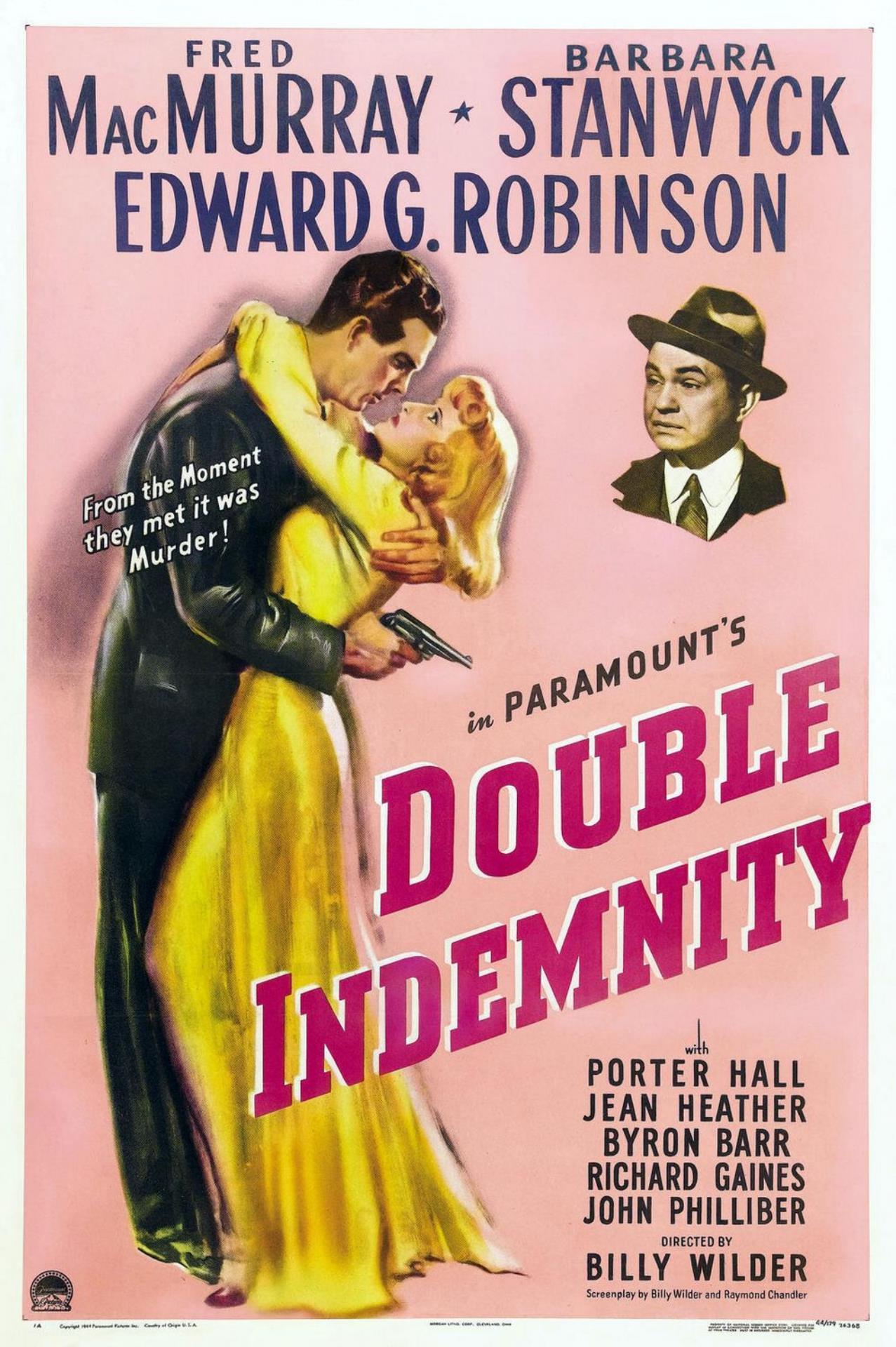 Insurance broker Walter Neff (Fred MacMurray) is roped into an affair with housewife Phyllis Dietrichson (Barbara Stanwyck). Phyllis hatches a plan to murder her husband and cash in on his life insurance, which Walter goes along with. He even helps her rake in extra cash due to an indemnity clause. A few days later, Phyllis’ husband is found dead on a railroad track, apparently due to an accident. However, Barton Keyes (Edward G. Robinson), a fraud investigator and friend of Walter’s doesn’t buy their story, and begins to dig deeper.