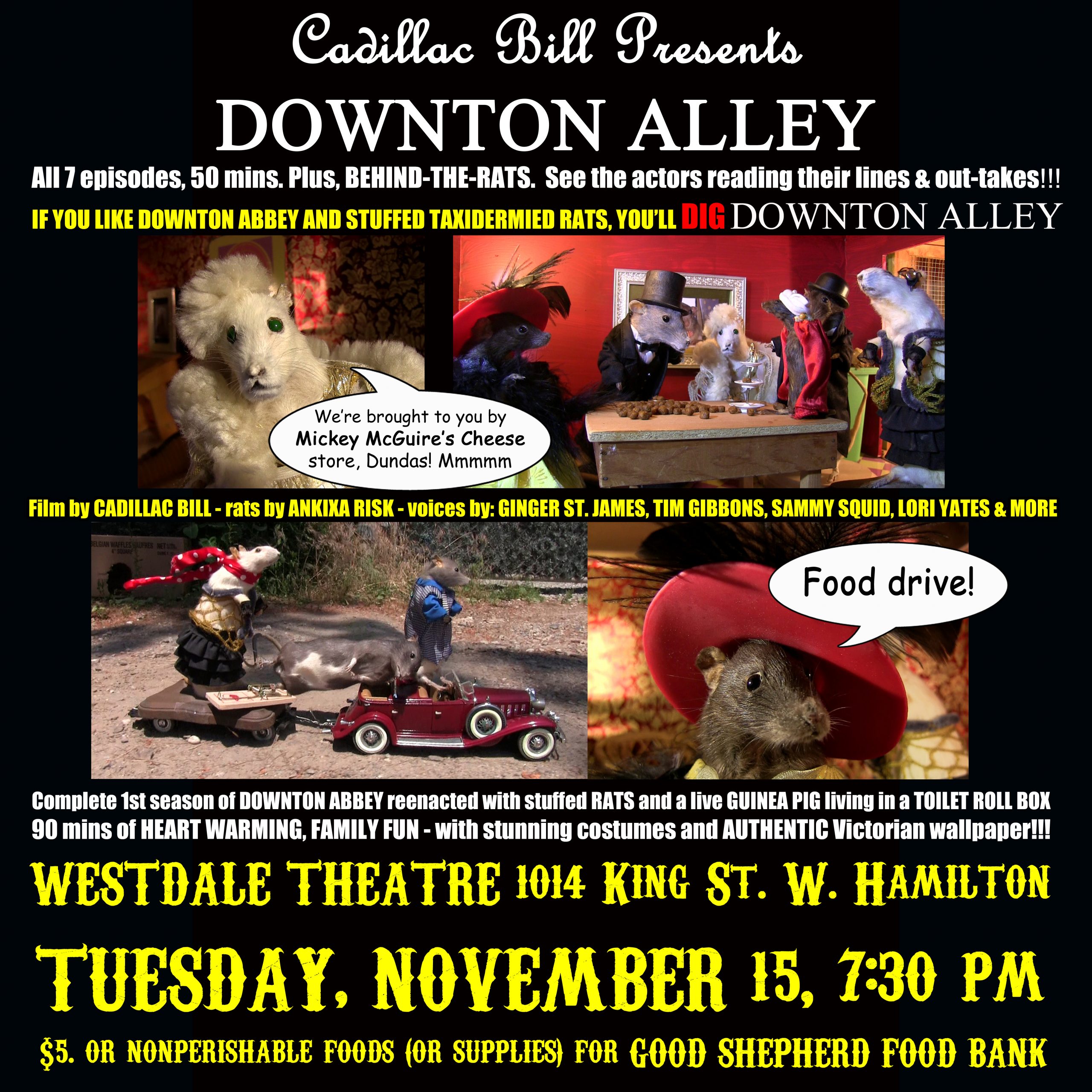 Meet some of the actual stuffed rats, see the beautiful wallpapered sets. Have the best time ever at a cinema – at Hamilton’s FINEST theatre.

Alcohol, non alcoholic beverages and popcorn available at the show.

Tickets are $5.00 at the door OR bring nonperishable food items (or supplies) for the GOOD SHEPPARD FOOD BANK. Bring whatever you can – you don’t even have to watch the film, just drop off food!

INTERMISSION … followed by a few words by CADILLAC BILL

NO ADVANCE SALES – TICKETS AT THE DOOR