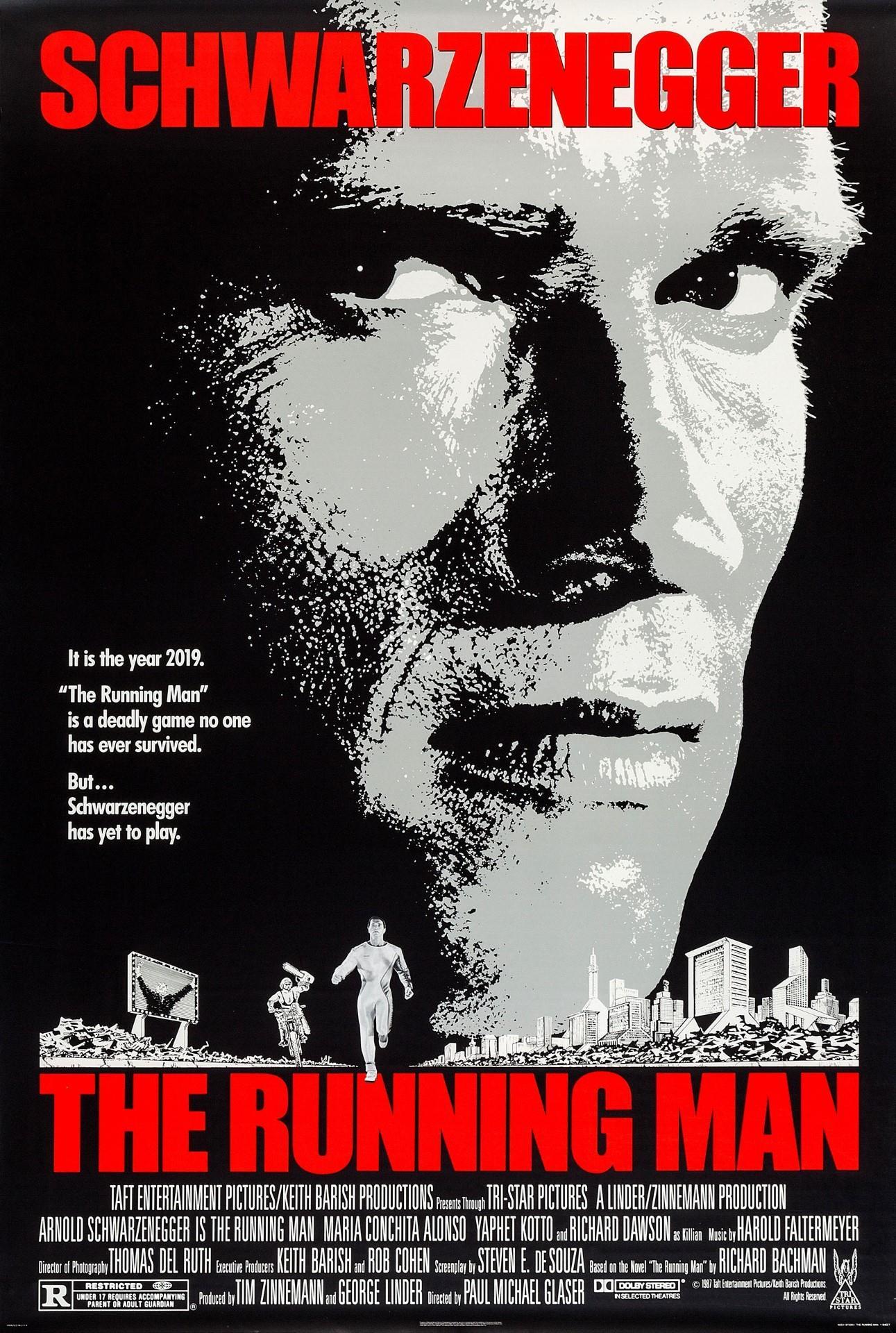 An interactive movie game nobody survives. But Schwarzenegger has yet to play.

Drunken Cinema is back with a classic Arnie flick and we invite you to the headquarters of “ICS” (a.k.a. The Westdale) to participate in an interactive movie game for one of the best cult movies from the late eighties!

Come watch this 1987 film about a “dystopian” USA, with a plot actually set between 2017 and 2019 which, unfortunately, has been pretty dead-on with accurate predictions about life in the Present. Experience the madness, the nostalgia and the plethora of Arnie one-liners with a great crowd in a great theatre!

Taking place in an alternate 2017, The Running Man tells the bleak tale of a world economy in shambles. All art, media, and entertainment is highly censored by the government. One television program that still exists functions on behalf of the authoritarian government and features convicts and prisoners who are given a difficult choice: stay in prison, or fight to the death and be released upon winning. Ben Richards (Arnold Schwarzenegger), a wrongfully convicted man, is one such unfortunate soul who is given the same choice after spending some time in prison.