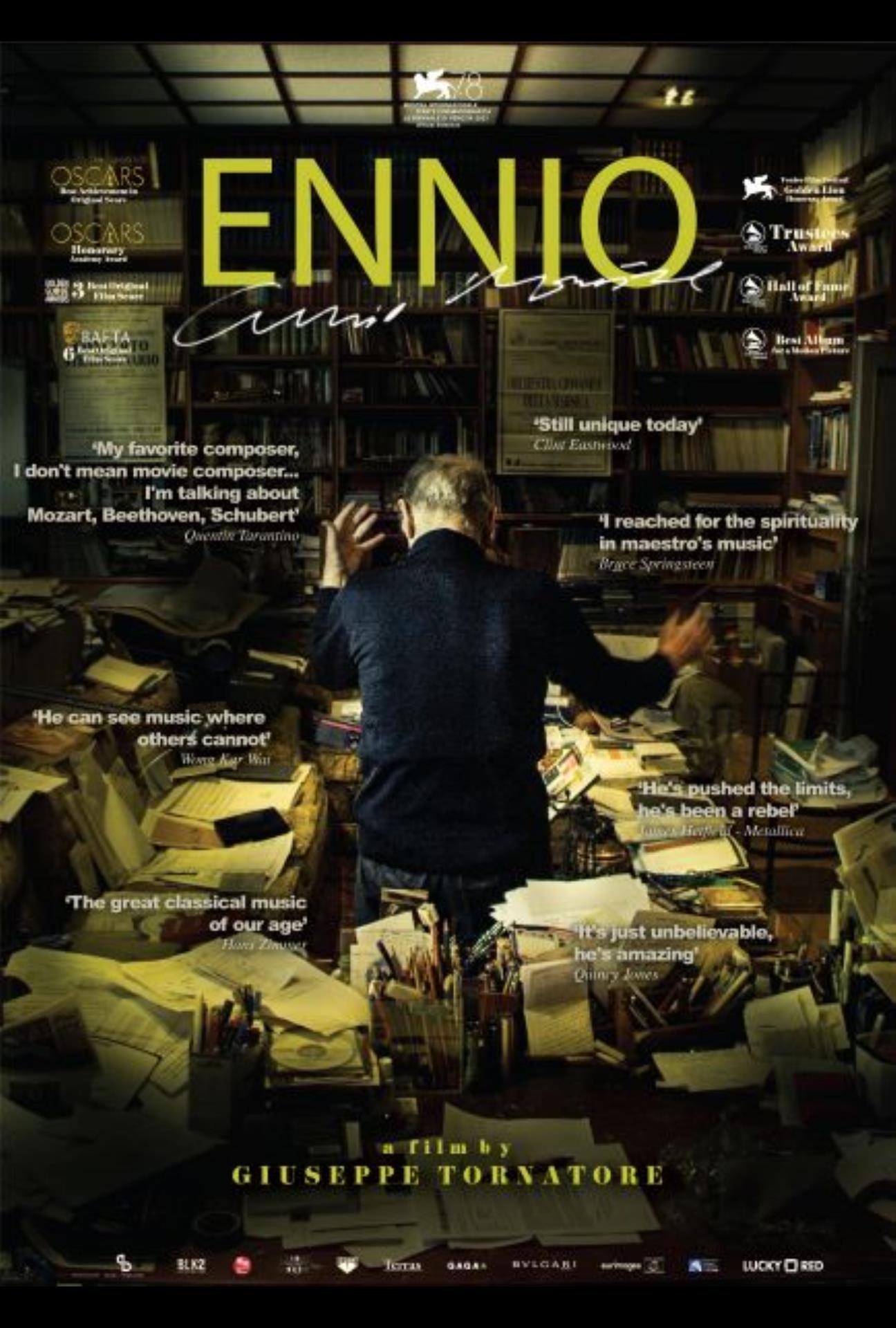 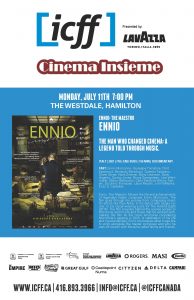 The Maestro follows the life and achievements of legendary Italian composer Ennio Morricone. The film goes through his journey from composing music for artists like Paul Anka, to his debut with Sergio Leone, to his Oscar-winning score for The Hateful Eight (2016). The film provides behind the scenes access to Morricone and his life and those that he worked with, making the film all the more emotional considering Morricone’s passing in 2020. A celebration of his life and musical abilities, Ennio showcases what it was like to work alongside the master composer and who he was off-screen with those he called family and friends.

Giuseppe Tornatore. is an Italian director and screenwriter. He originally began freelancing photography and eventually moved over into cinema, debuting as a stage director as a young teenager. In a career now spanning over 30 years, Tornatore, he has the Academy Award for Best Foreign Language film for Cinema Paradiso(1988) and the Nastro d’Argento for Best New director for his film Il Camorrista(1985). He has also directed the advertising campaigns for the iconic Italian brand Dolce and Gabbana. Tornatore was on the jury for the Venice Film festival in 1993. He has shared a long-standing partnership with composer Ennio Morricone, who worked on 13 of Tornatore’s films.