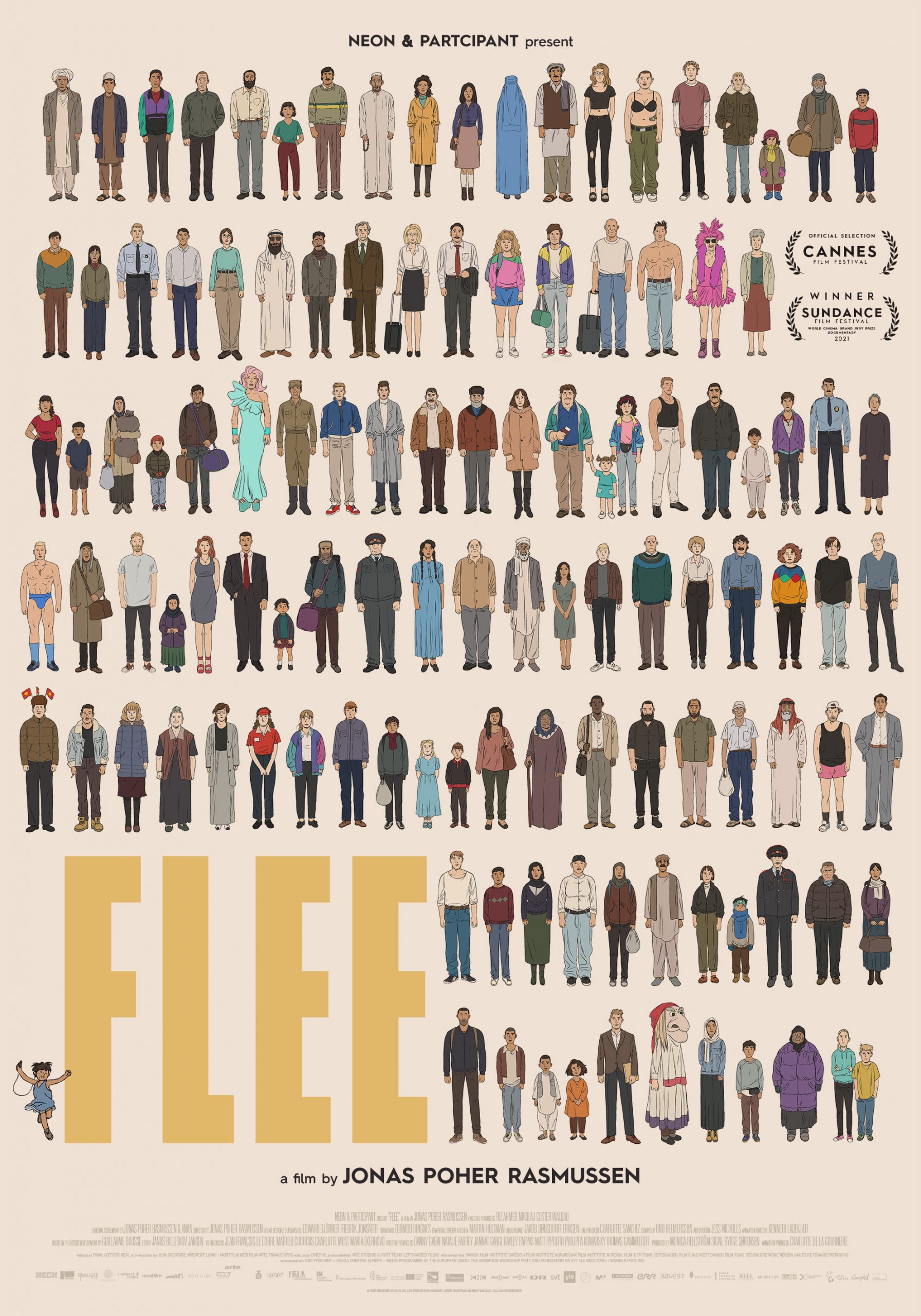 Flee uses animation to tell the story of Amin Nawabi (a pseudonym), who fled Afghanistan as a boy. He relied on human smugglers to reach Denmark, where he now lives. Filmmaker Jonas Poher Rasmussen met Nawabi when they were both in high school. Now in his thirties, Nawabi shares stories about his life’s journey that he’s never revealed before, describing the conditions that forced his family to escape Afghanistan, how he became separated from his siblings in Russia, and how he came of age as a gay man in northern Europe.