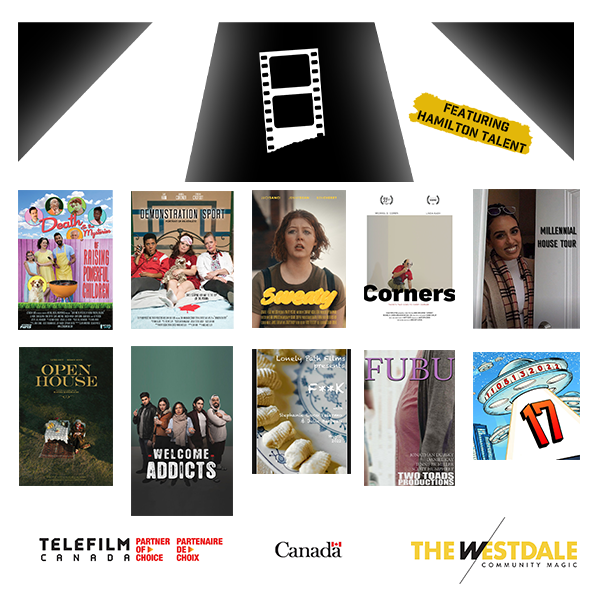 Sweaty, 7m, Dir. Sean Edwards, Wr. Courtney McAllister
Trying to make it to her date on time, a young woman must race against the clock to make herself presentable on the hottest day of the summer… there’s just one problem: someone locked their bike to hers.

Millennial House Tour, 5m, Olivia Fasullo
People are living in more and more creative spaces, including this stylish refurbished shed. Follow our resident millennial, as she shows us an influencer lifestyle in a housing crisis.

Open House, 13m, Rayisa Kondraki
A woman holds an open house with the hope of cashing in on her investment and finding companionship for whatever it is that awaits her next.

Corners, 13m, James Brylowski
The government has implemented mandatory corner inspections for buildings classified as C- 404’s, where civilians go; grocery stores, malls, furniture stores. Rory Hurthing is a dedicated, and passionate, corner inspector. His meticulous attention to detail drives his clients insane, especially furniture store manager Nanci Haloom. Nanci doesn’t have time for Rory’s absurd, and painstakingly slow, corner inspecting methods. When Nanci has had enough, she brings in a corner-cutting newcomer to replace Rory, Rory must decide if he will stay true to himself, or keep his job. It becomes apparent that this is one business where you can’t cut corners.

Demonstration Sport, 19m, Dir. Monica Mustelier, Wr. Cari Haim
What if napping was a sport in the Olympics?
Our film tells the story of Amy, an exhausted mum who is determined to bring home the gold for Canada in the new Olympic sport of Competitive Napping. It’s a mockumentary in the same vein as ‘A Mighty Wind’ or ‘Best in Show’. We’ll see our hero Amy as she trains for this highly competitive sport, and leaves the housework and children to her husband.

Welcome, Addicts, 13m,Dir. Emil Cheriyan, Wr. Waleed Shareef
A dysfunctional support group is introduced to their latest addict, Vlad. The rest of the group gets into a heated discussion as to whether or not this addition was a great idea. Poor Diane, the group leader, tries to keep it all from falling apart while also trying to make Vlad feel welcomed.