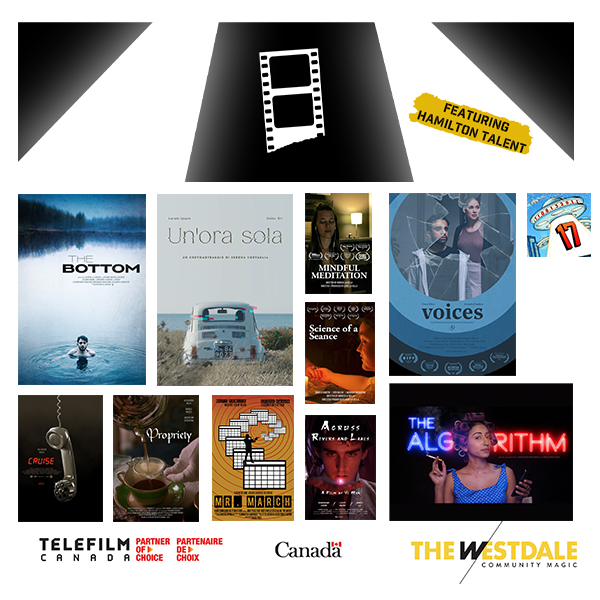 Science of a Seance, 3m, Dir. Louie La Vella, Wr. Monica La Vella
A grief-stricken brother drags his skeptic sister to a medium in hopes of connecting with their dead mother.

The Bottom, 8m, USA, Dir.Morgan Ruaidhrí O’Sullivan, James Kautz, Wr. James Kautz
At the edge of a mysterious lake, a reckoning between friends becomes a fight for life – as one man’s mind games threatens the other’s grip on reality.

Voices, 11m, UK, Dir. Abbie Lucas, Wr. Omar Khan
When moving into their new home, Tara and Drew are alarmed when they overhear their neighbours arguing. As the voices get louder and more violent, they must decide if it’s their responsibility to act.

Cruise,7m, Canada, Sam Rudykoff
We’ve all received scam phone calls, but what about the person making the calls? Cruise is a dark workplace satire about a hapless telemarketer trying mightily to give away a free cruise. And if he fails, there will be dire consequences.

Across Rivers and Lakes, 10m, Yi Man
Adam daydreams of himself wandering in an ancient Chinese martial arts world. In the real world, he meets his friend Kai, a Chinese Canadian, and they start chitchatting while walking out of campus.

Mr. March, 13m, Canada, Nick Pusic
A man hires a world famous organization to assassinate his adulteress wife legally, and goes through an extensive assessment by one of the Calendar Men.

Propriety, Canada, 5m, Dir. Alex French, Wr. Patricia Semler
A neglected wife confesses a secret during tea to her husband who slowly realizes the truth of the matter could mean his end.

One Hour Only, 13m, Italy, Dir. Serena Corvaglia, Wr. Serena Corvaglia, Alessandro Nicolò
Rome, the 1960s.
A young couple speed through the city toward the sea in a brand new Fiat 500. Yearning to make love for the first time, they play their favorite song as they undress and overcome their biggest fears. But nothing in this romantic moment is what it seems…

The Algorithm, 19, Canada, Wr. Dir. Natasha Krishnan & Prasanna Paul
Two people meet up for the first time at a charming diner on 42nd street. An evening filled with fun until things suddenly take a drastic turn as the night progresses.