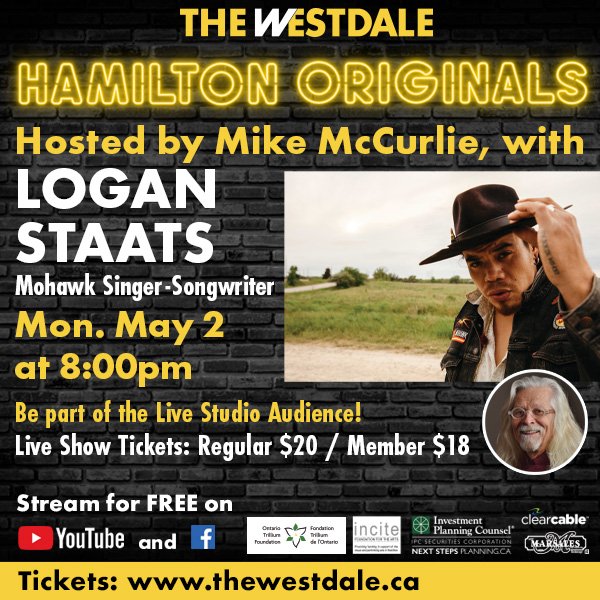 Hamilton Originals invites musicians with a solid connection to Hamilton to talk with host Mike McCurlie and play some tunes. 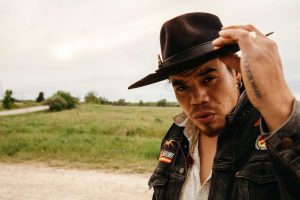 LOGAN STAATS In 2018, veracious Mohawk singer-songwriter Logan Staats was chosen from 10,000 hopeful contestants vying for a spot on musical competition show ‘The Launch’. Before an audience of 1.4 million viewers, Staats won, officiating the breakthrough that would lead him to Nashville and Los Angeles, and to his single “The Lucky Ones” reaching number one in Canada and winning the Indigenous Music Award for best radio single.

To Staats, music is a healing salve, contemplatively composed and offered to listeners in need of comfort. Since returning home, Staats has been able to create music authentically again, reclaiming his sound through honest storytelling and unvarnished, sometimes painful reflection.

“My nation and my community are in every chord I play and every note I sing,” says Staats. “They’ve saved me.”

Counting musical icon Buffy Sainte-Marie (whom he frequently opens for) among his mentors, Staats wants to pay forward the guidance he’s received by connecting with Indigenous youth through music. He frequently leads workshops and visits local schools. “I want them to know there’s a reason to keep going,” he says, “there is a way out of the dark.”

Masks are strongly recommended unless eating or drinking.