The Westdale knows about being an original.  The iconic theatre debuted in 1935 as Hamilton’s first cinema equipped to show ‘talkies’ – motion pictures with sound.  Fast forward 85 years and The Westdale is buzzing with excitement to announce that Hamilton Originals, its response to the pandemic that premiered in July 2020, is heading back to the stage to do some talking with sound.  Hamilton Originals invites musicians with a solid connection to Hamilton to talk with host Mike McCurlie and play some tunes.  The show was popular online in 2020, garnering over 50,000 views, and now will add a live studio audience to the streaming format. 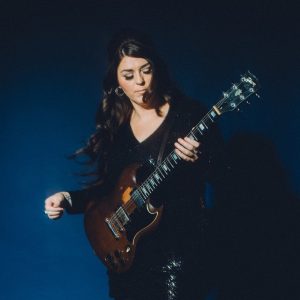 Employing a winning blend of roots rock, folk, blues-rock, pop, Americana, and country, Canadian singer/songwriter Terra Lightfoot got her start in 2010 as a member of the Southern Ontario-based folk-rock collective Dinner Belles. A skilled guitarist with a powerful, multi-octave voice who cites Leadbelly, Nina Simone, Sam Cooke, T. Rex, Melanie, Chet Baker, and the Move as influences, Lightfoot released her eponymous debut solo outing via Sonic Unyon in 2011. She worked with the Stills’ Gus van Go and Werner F on her hook-heavy sophomore effort, Every Time My Mind Runs Wild, and 2017 follow-up New Mistakes. In addition to her own work, Lightfoot has collaborated with a host of other artists including Emmylou Harris, Ron Sexsmith, Grace Potter, Bruce Cockburn, and Gordon Lightfoot.

Proof of COVID-19 vaccination is required for entry.  The Westdale is operating at 100% capacity and all available seats are for sale for Hamilton Originals.  The requirement for individuals to maintain two metres of physical distancing is removed.