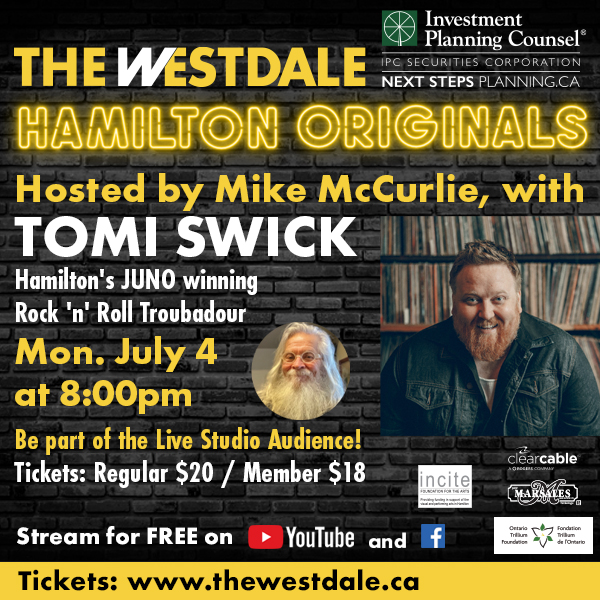 Hamilton Originals invites musicians with a solid connection to Hamilton to talk with host Tomi Swick and play some tunes. 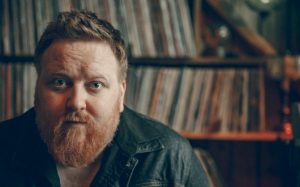 Singer-songwriter Tomi Swick is a Hamilton native who was recognized for his debut album “Stalled out in the Doorway” in 2007 by winning the juno for best new artist and a nomination for pop record of the year as well as 2 Canadian radio music awards, the Socan A/C songwriting award and multiple Hamilton music awards.

A Warner/Chappell Publishing recording artist, Tomi spent four months in London England where he recorded his second album with top British producer Chris Potter of Verve / Richard Ashcroft Acclaim as well as many others.  This self titled record ” Tomi Swick” was released on Warner Music Canada in 2012. Tomi has written, toured and played with many great bands and artists such as Julian Lennon, The Barenaked Ladies, The Goo Goo Dolls, Stabilo, Collective Soul, Tom Cochrane, Tom Wilson, Sam Roberts, Big Wreck, Feist , Jeremy Fisher, Blue Rodeo, Ron Sexsmith etc…. A record in collaboration with Slaight Music titled “ The Yukon Motel” was released 2016 to great reviews and a place on the Polaris prize long list.   New music is on the way!!!!