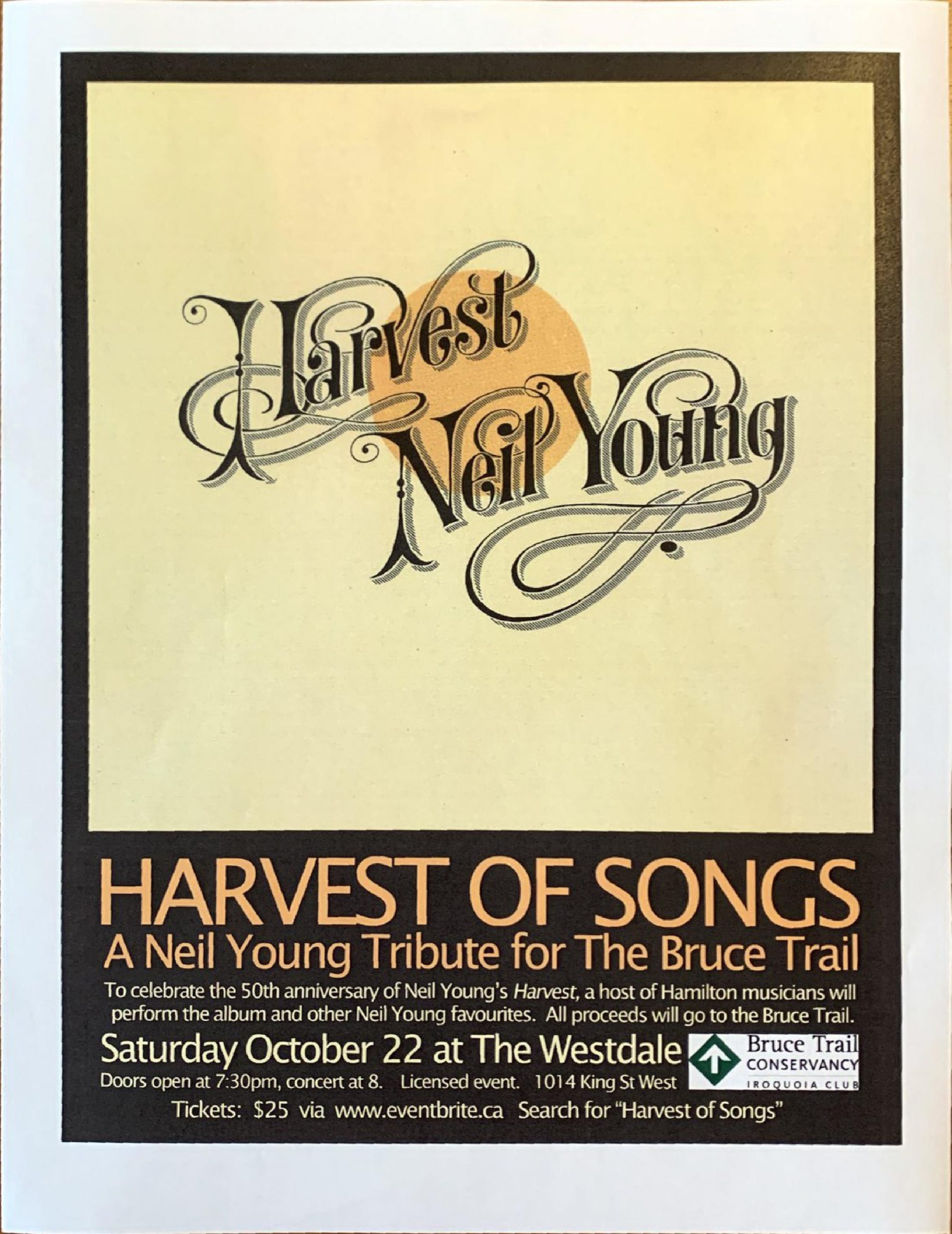 Harvest of Songs: A Neil Young Tribute for the Bruce Trail

Fundraiser Concert for the Iroquoia Club of the Bruce Trail Conservancy. Our first concert after the Pandemic, the third of the series.

Beginning in the south, the Iroquoia Section of the Bruce Trail hugs the ancient shoreline of Lake Iroquoia, following the winding path of the Niagara Escarpment, and forming a horseshoe around the western end of Lake Ontario. While the Trail passes through a densely populated area (the City of Hamilton), for the most part the hiker will be walking on a woodland path with only occasional glimpses of the surrounding urban sprawl. Our Trail and its surrounding natural areas are home to many species of bird, plants and animals.

The Iroquoia Section has an abundance of waterfalls, splashing their way over the Escarpment: Tiffany, Sherman, Webster’s, Tew, and Borer’s. Most of these waterfalls can be seen in a full day of hiking across the Dundas Valley. Largely the Iroquoia Trails cross parkland and conservation areas, with some parts of our Trail crossing private lands with special landowner permission. Without the goodwill and cooperation of the Landowners, the Bruce Trail could not exist. Please respect the lands you walk on!

We hope you join us for this amazing concert while supporting the efforts of the Iroquoia Club of the Bruce Trail Conservancy. Your support allows us to keep the trail safe and accessible for hikers, continue our conservation efforts and protect nature for generations to come.