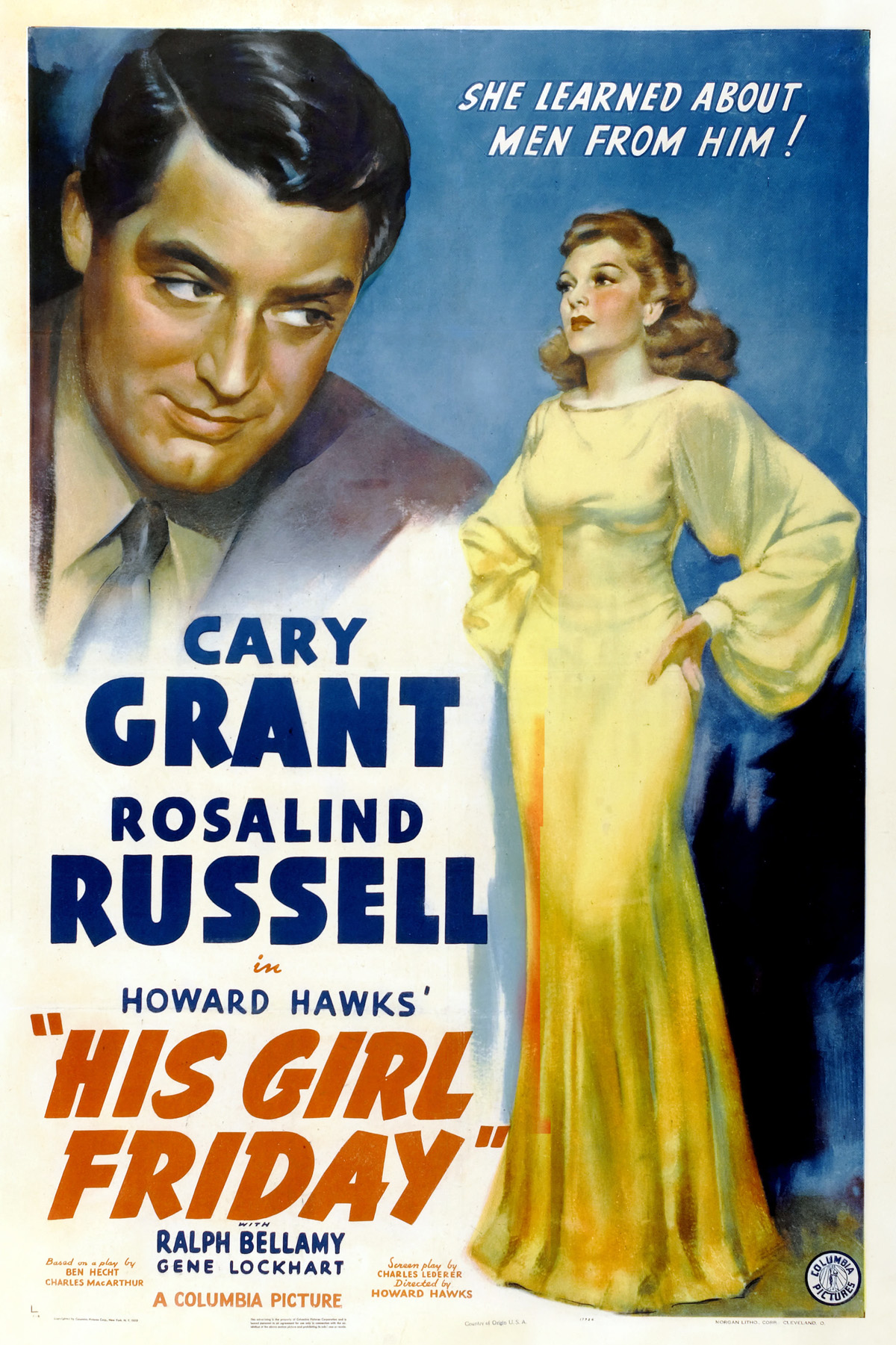 A classic screwball comedy in which Russell plays reporter Hildy Johnson, who, on the eve of her remarriage, is talked into one more assignment by her editor and ex-husband, Grant. While interviewing a condemned man, Hildy realizes that his hanging is planned as a vote-getting measure. Spontaneously, she helps the man escape. His Girl Friday is based on the play “The Front Page”

His Girl Friday (1940)
Where to rent HIS GIRL FRIDAY