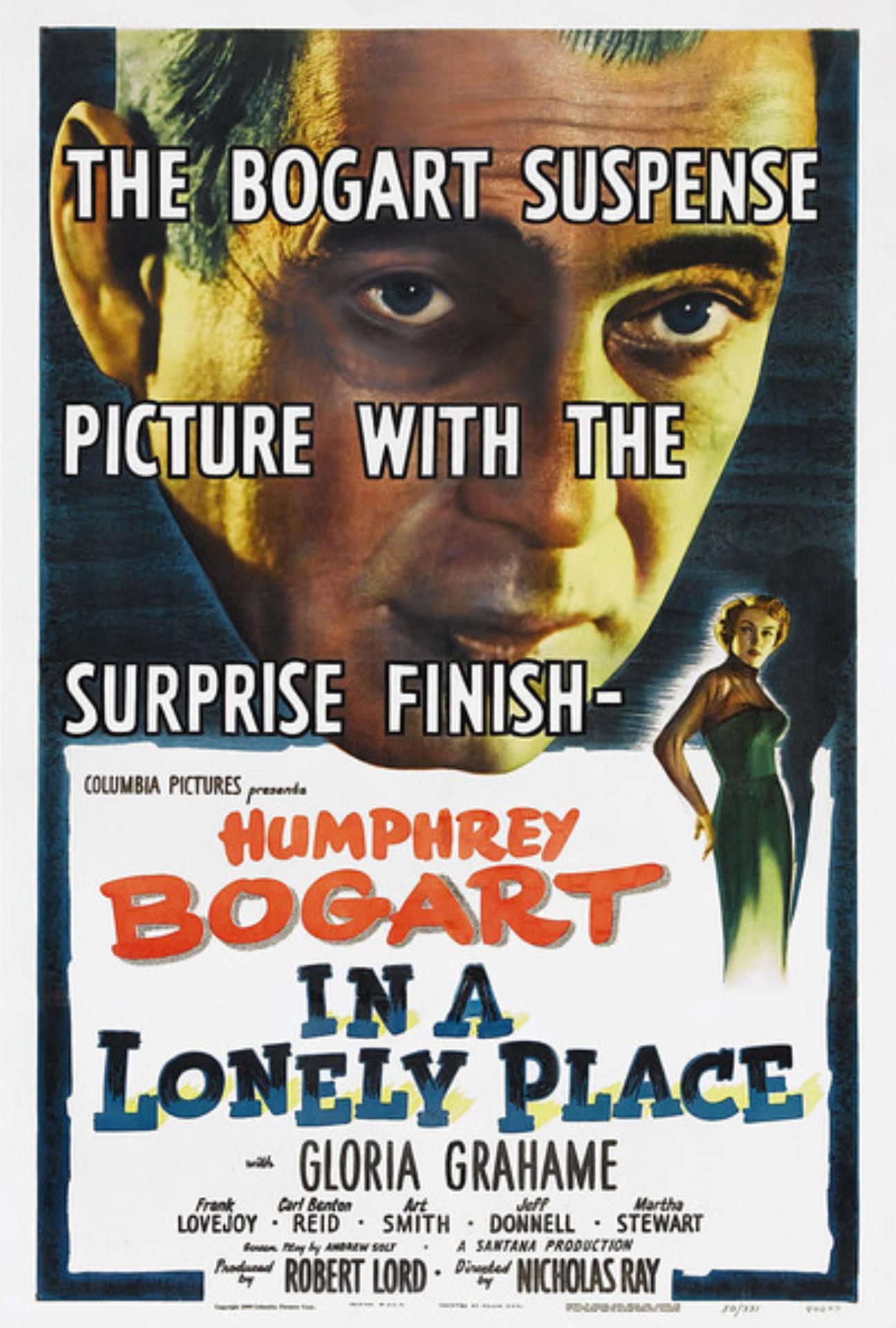 In a Lonely Place

Watch the movie and stay for a talk and Q&A with Jeffrey Bender.

Dixon Steele (Humphrey Bogart) is a struggling Hollywood screenwriter who has failed to produce a single good movie since the 1940s. He falls in love with his neighbour, Laurel Gray (Gloria Grahame), at around the same time he is suspected of murder due to his anger issues. With every question the police ask him, they become more and more suspicious of him, despite his repeated attempts to clear his name. The film serves as a critique on the social norms within Hollywood and the hidden corruption that can be found buried deep beneath all the movie magic.