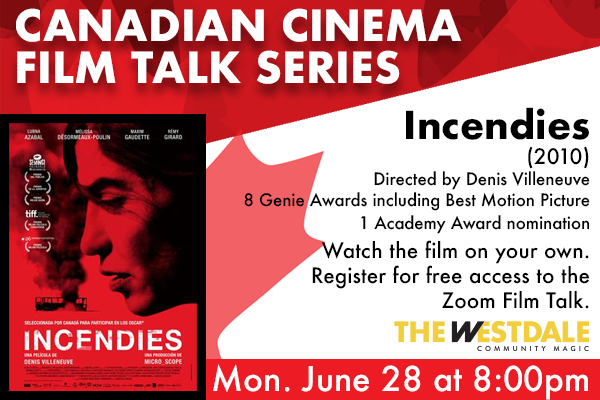 When notary Lebel sits down with Jeanne and Simon Marwan to read them their mother’s will, Nawal, the twins are stunned to receive a pair of envelopes – one for the father they thought was dead and another for a brother they didn’t know existed.

With Lebel’s help, the twins piece together the story of the woman who brought them into the world, discovering a tragic fate forever marked by war and hatred as well as the courage of an exceptional woman.

In Arabic and French with English subtitles