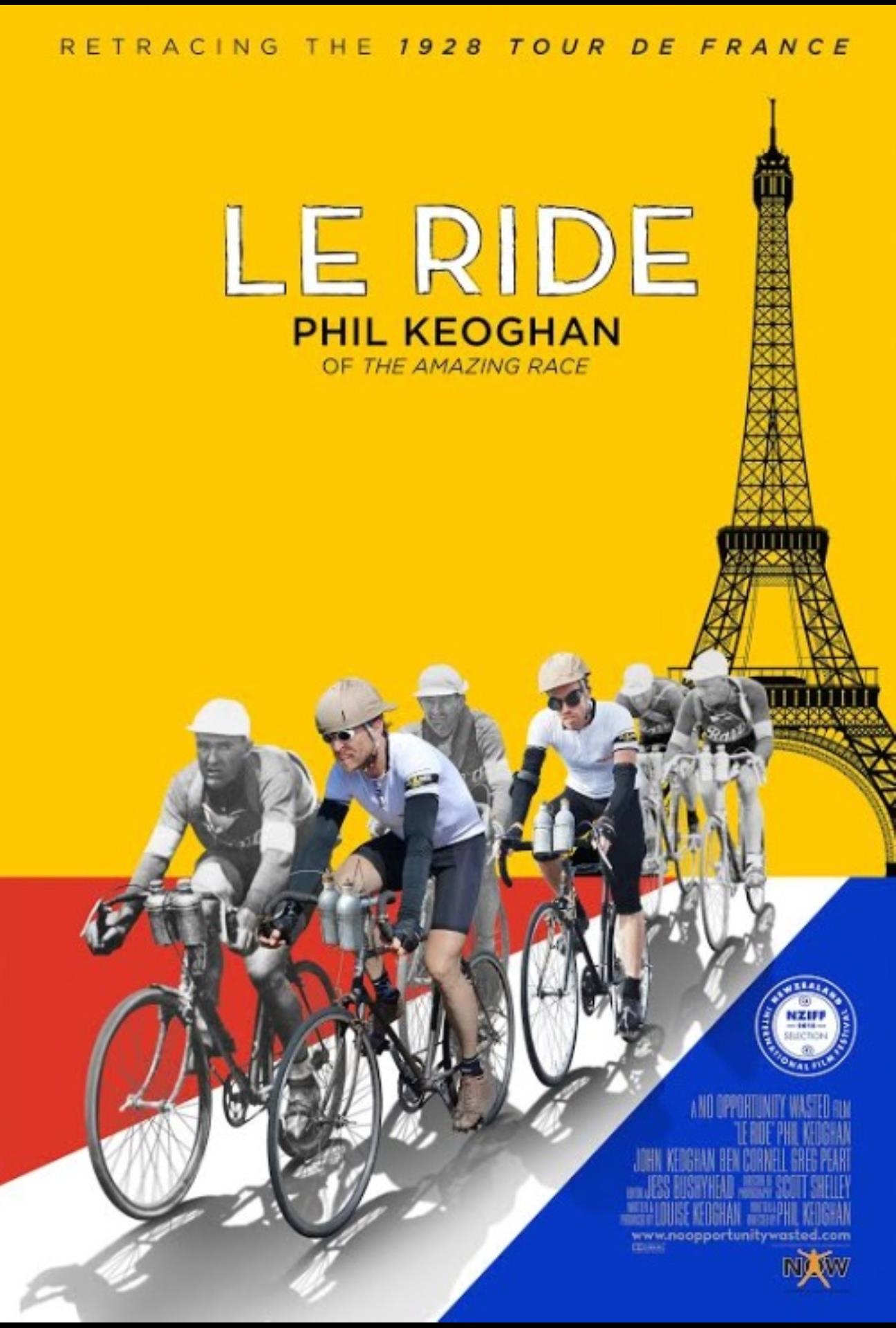 Join Filmmaker Morgan Elliott after the film for a Q&A with the director of Le Ride, and host of The Amazing Race, Phil Keoghan.

This event was rescheduled from Sunday, July 17.  All ticket holders have been contacted and tickets purchased for July 17 will be valid on August 11 with no action needed.

In 1928 an under-resourced and untested team from New Zealand and Australia competed in what is considered to be the toughest sporting event in the world. Many considered the entry of these courageous underdogs, racing as a team of 4 against teams of 10, a joke. One French journalist called their attempt nothing short of murder. 168 riders started the more than 3,500-mile race, only 41 finished. Surprisingly this remarkable story about the achievements of these brave athletes has never been told on film, until now. Phil Keoghan – television personality, adventurer and cycling enthusiast, retraces the 1928 Tour de France route, bringing history to life. Following the original course and schedule, riding a vintage bike, Phil and his team will average 150 miles a day for 22 stages.

Phil is the host and co-executive producer of CBS’ multi-Emmy Award-winning reality series THE AMAZING RACE and the host of NATIONAL GEOGRAPHIC EXPLORER. He is arguably the most traveled host on the planet. Keoghan’s most daring challenge to date involved retracing the exact route of 1928 Tour de France, riding an original heavy steel vintage bicycle that had no gears. Riding an average of 150 miles a day for 26 days he shot an award winning documentary with his wife and producing partner Louise, called Le Ride to tell the forgotten ‘underdog’ story about the first English speaking team to take on the toughest sporting event on earth. Le Ride screened at SXSW and was selected as Opening Night and Festival Favorite Film at a number of festivals around the world.

As a philanthropist Keoghan has raised over 1 million dollars for his favorite charity MS and was in the world’s top 200 Most Influential Philanthropists and Social Entrepreneurs in 2017.