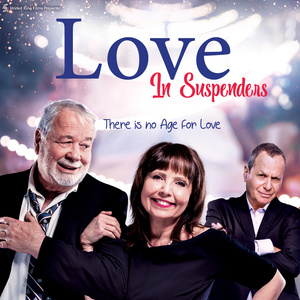 We are delighted to present, in the midst of a film festival filled with danger, disappointment and death, a charming romantic comedy for the young at heart. An encounter between two people with completely different personalities and lifestyles could be a nightmare … but love has its own rules. When absent-minded 60-ish widow Tami accidentally hits 70-ish widower Beno with her car, the last thing on her mind is love and romance. With several traffic violations already, in an attempt to ensure that Beno will not sue her and have her reported, she invites him to her apartment. Tami is a retired well-off popular singer who has lost her husband, the love of her life and her singing partner, with whom she enjoyed both love and considerable fame. Beno, the man she injures, is a broke charity worker living in a tiny apartment. She decides to take him home. Tami lives comfortably in a beautiful retirement home. Beno is finding it hard to pay the monthly rent. She is optimistic, always smiling, and still talking to her husband who has been dead for a few years already. (As in so many other romantic films, the charming dead husband appears on the screen to carry on conversations with Tami.) Beno is tougher on the outside, but he is also still suffering from the loss of his wife. Against her intentions, and finding it hard to let go of her memories following her husband’s death, Tami starts falling for Beno, who is already head over heels in love with her. As their friendship moves toward love, they find themselves having to deal with interventions from many quarters: nosy neighbours, jealous suitors and of course their children defending them against what they are sure is a terrible mismatch. On top of those problems, Tami can’t shake off the disapproving ghost of her dead husband, talking to him all the time as he appears and disappears at random, singing the duets they sang together during their stage careers. This film has touches of familiar Hollywood romance and comedy, but as well has Israeli character and setting, so when love finds its way in this light and enjoyable movie, we are all made happy.