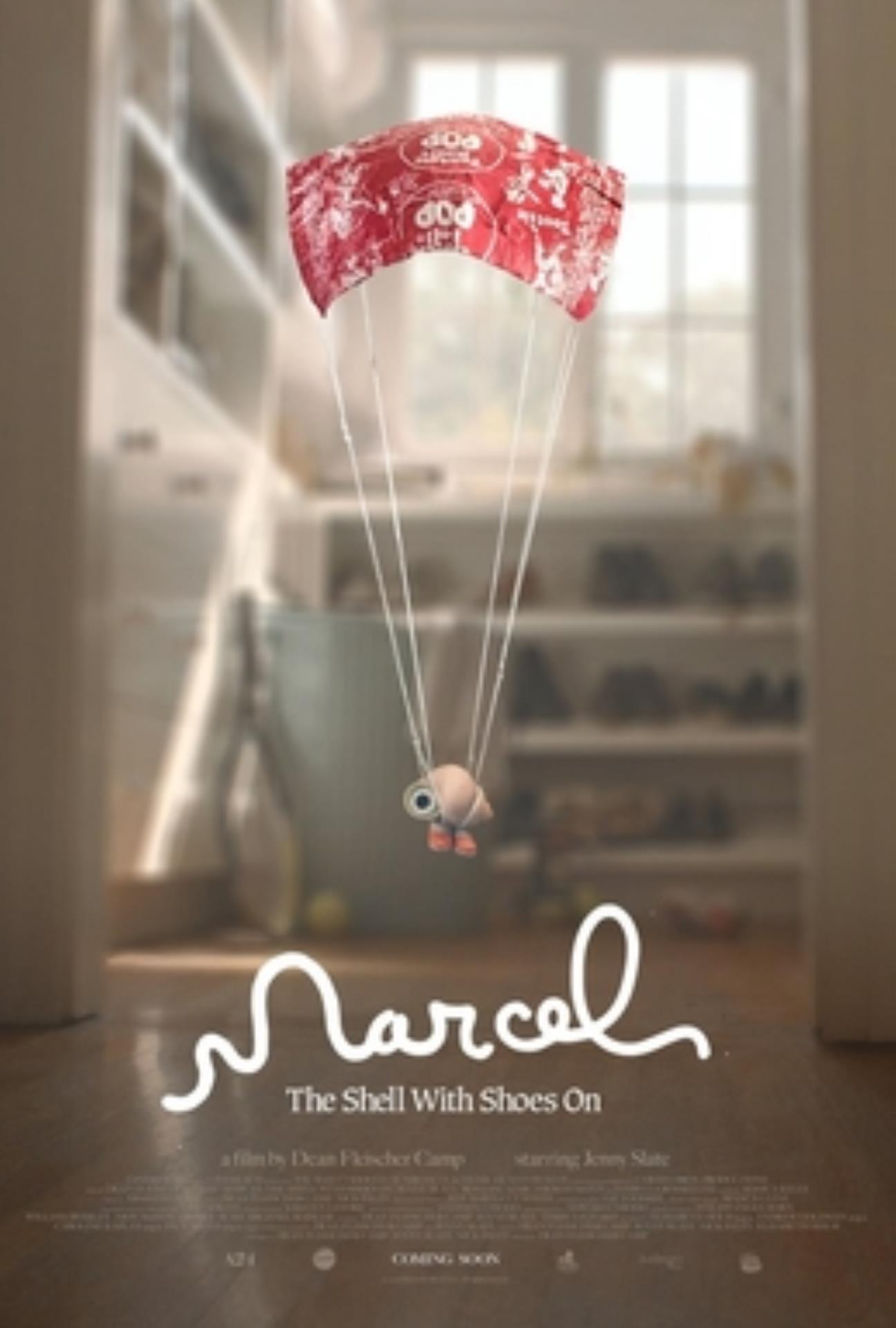 Marcel the Shell with Shoes On

Following the end of his marriage, documentary filmmaker Dean moves into an Airbnb and discovers Marcel, a one-inch-tall talking shell living in the home with his grandmother, Nanna Connie and Alan, his pet ball of lint. Inspired by Marcel’s whimsicality, resourcefulness, and fascination with the world, Dean begins filming Marcel’s daily activities, most of which consist of gathering resources from the backyard in order to support himself and Connie, who tends to her garden and is beginning to show signs of dementia. Marcel and Connie bond over their mutual love of 60 Minutes and Lesley Stahl. Dean uploads his first video about Marcel to YouTube, where it quickly becomes a cultural phenomenon. Marcel is both flattered and overwhelmed with his newfound popularity, lamenting that his family is not around to celebrate it with him.