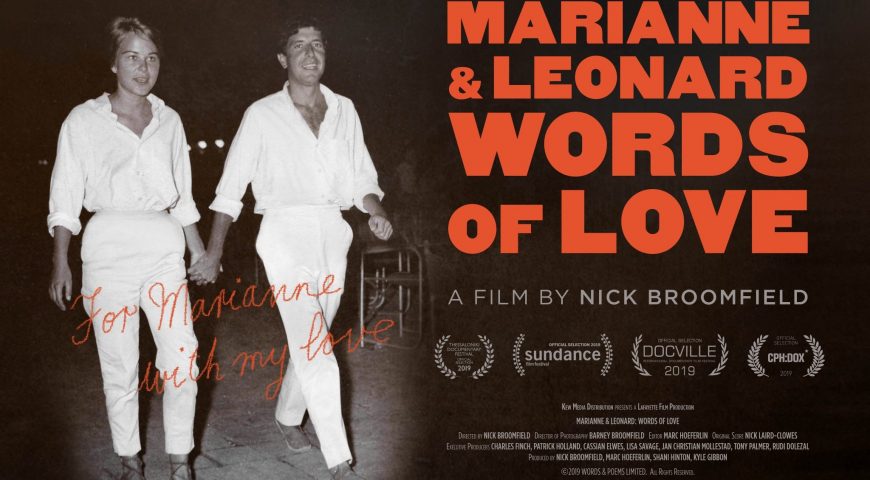 A story of enduring love between Leonard Cohen and his Norwegian muse, Marianne Ihlen. Filmmaker Nick Broomfield chronicles their relationship, from the early days in Greece to how their love evolved when Leonard became a successful musician. Never-before-seen footage shot by Broomfield and legendary documentarian D.A. Pennebaker makes for a unique portrait of an idyllic 1960’s bohemia. It was a time that left a lasting imprint on both Marianne and Leonard, whose friendship would last another fifty years before their deaths in 2016.