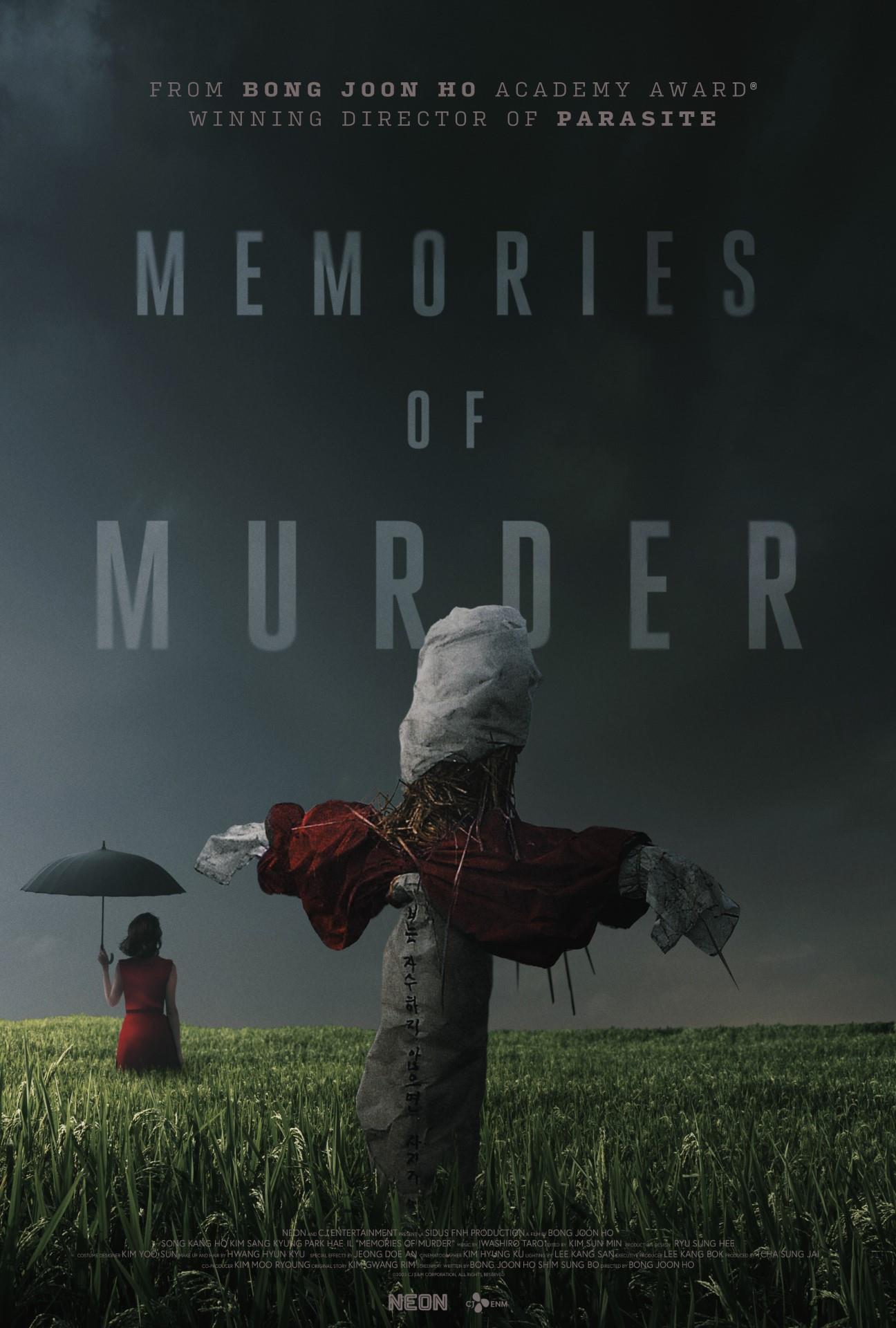 When several women are found murdered in the city of Hwaseong, South Korea, two detectives immediately jump on the case. One detective is a cold, hard-boiled professional, while the other is a newcomer who has never tackled such a serious case before. With limited forensic technology and a disjointed police force, the detectives find it exceedingly difficult to track down their killer. More murders would continue to crop up, between 1986 and 1991, which marked South Korea’s first real serial killings. At the time of the movie’s release, the murders were still unsolved.

MEMORIES OF MURDER tells the harrowing true story of the hunt for a sadistic serial rapist and murderer terrorizing a small province in 1980s South Korea. Marking the first of many successful collaborations between four-time Oscar winner Bong Joon Ho and leading man Song Kang Ho, the film follows the paths of three increasingly desperate detectives as they attempt to decipher the violent mind of a killer in a futile effort to solve the case. Now, seventeen years after its initial release, and a year after the real culprit was identified, this cult classic takes its place as a modern masterpiece.