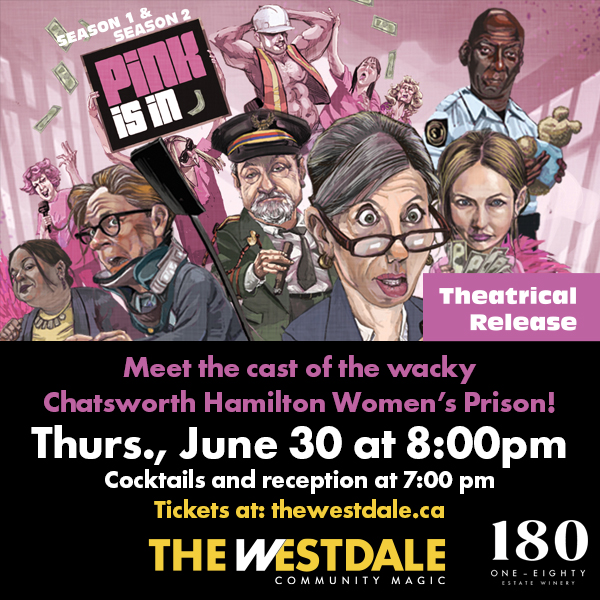 Meet the cast of the wacky Chatsworth Hamilton Women’s Prison at the theatrical release of Season 1 and Season 2 of Pink is In!

Pink Is In is a comedy series about the barely functioning Chatsworth Hamilton Women’s Prison. The institution is located in Hamilton Ontario, which forms the backdrop of the series. The show follows the antics of the diverse group of prisoners and the totally inept administration who run the privately-owned facility.

Cocktails and reception at 7:00 pm.  Theatrical release starts at 8:00 pm.