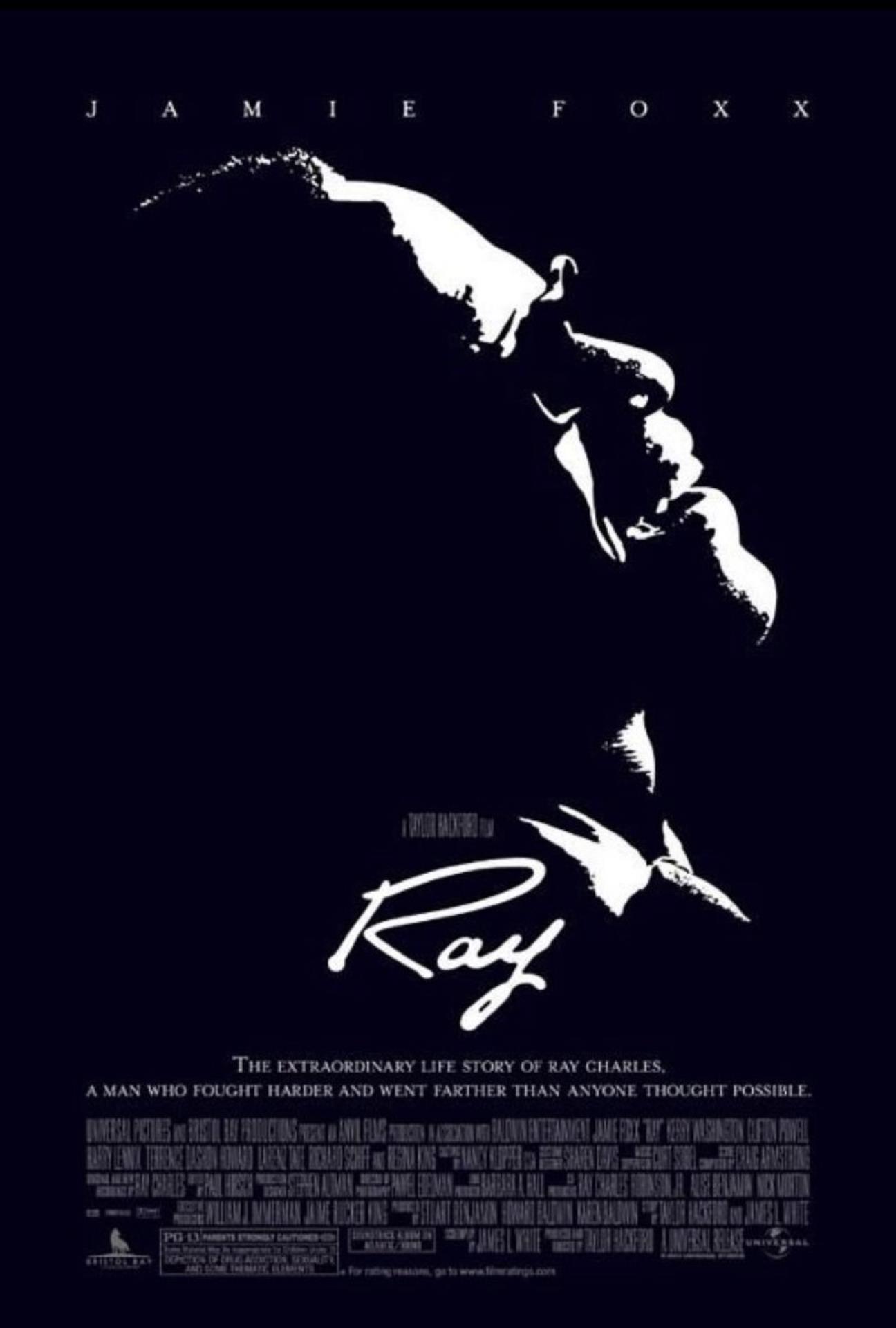 MUSIC IN FILM SERIES
Hosted by Alysha Main (Music Supervisor/DJ/Host of “Hamilton Film” Podcast)
A series for true music lovers craving a big audiovisual experience with the greatest sonic moments ever captured on film.  Host Alysha Main will take the audience on a journey through the liner notes and deep cuts from the most beloved music documentaries and biopics of all time.
In Part 2 of the series, we expand past documentaries into biopics and films with a unique musical focus.  We’ll see iconic 1970s performances by Elvis Presley, James Brown, Bill Withers, B.B. King & more; we’ll explore the lives of legendary artists Ray Charles and Aretha Franklin, and we’ll have some family fun at the “School of Rock”.
RAY (2004)
The story of the life and career of the legendary rhythm and blues musician Ray Charles, from his humble beginnings in the South, where we went blind at age seven, to his meteoric rise to stardom during the 1950s and 1960s.  Inspired by a fiercely independent mom who insisted he make his own way, he found his calling and his gift behind a piano keyboard, gaining worldwide fame for his unique blend of gospel and country.