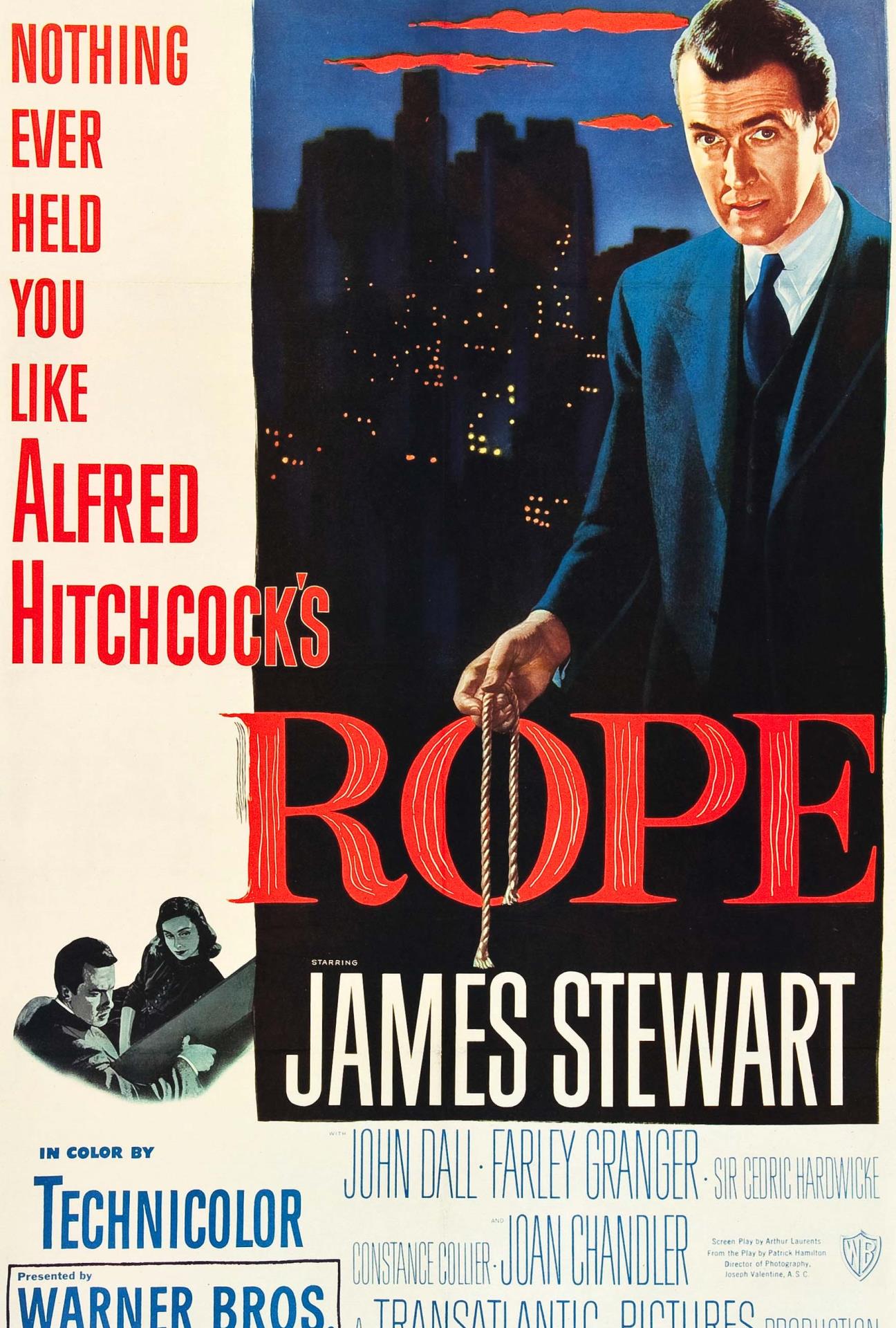 Just before hosting a dinner party, Philip Morgan (Farley Granger) and Brandon Shaw (John Dall) strangle a mutual friend to death with a piece of rope, purely as a Nietzsche-inspired philosophical exercise. Hiding the body in a chest upon which they then arrange a buffet dinner, the pair welcome their guests, including the victim’s oblivious fiancée (Joan Chandler) and the college professor (James Stewart) whose lectures inadvertently inspired the killing.