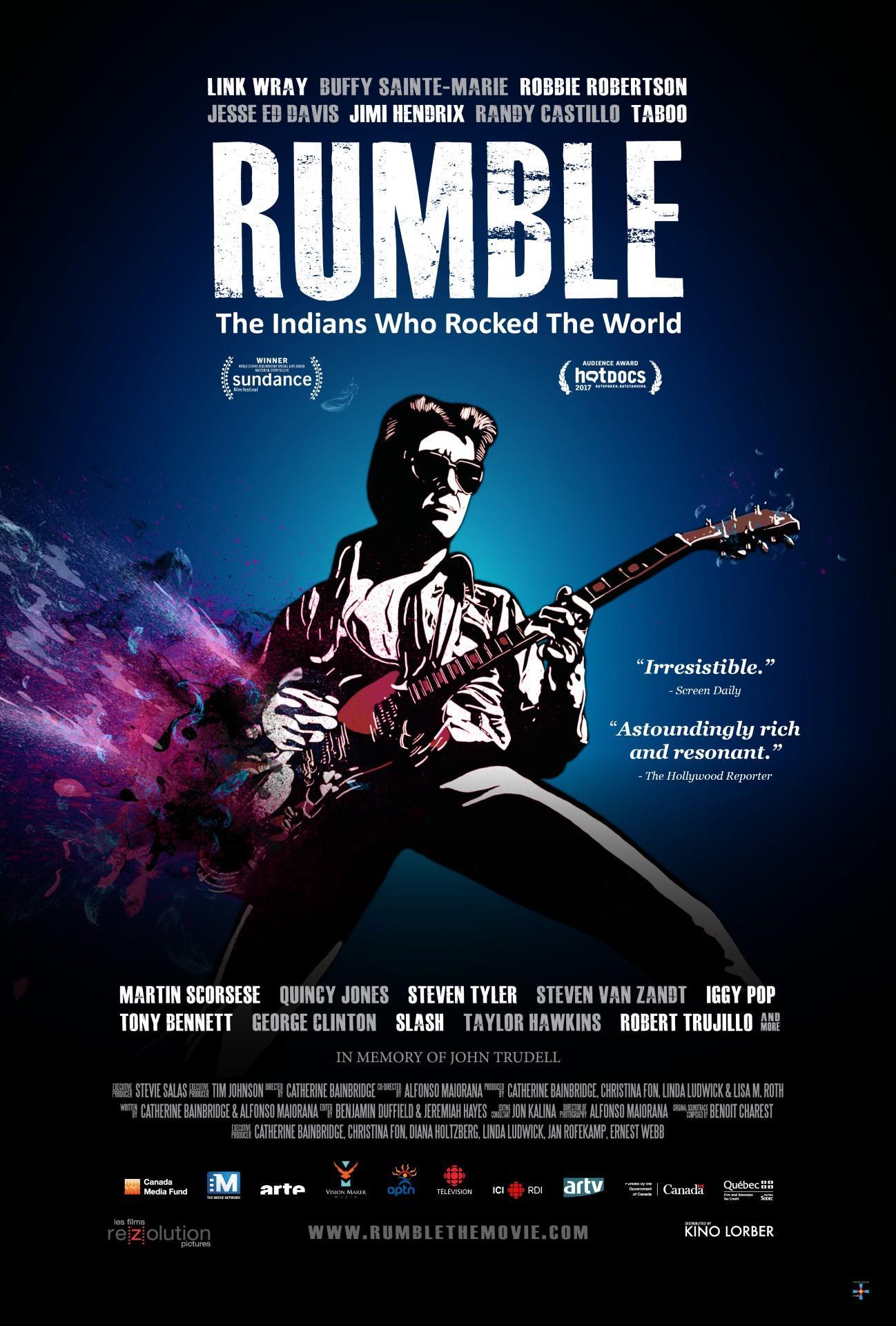 Rumble: The Indians Who Rocked The World

Featured Musical Guest: To be announced

This powerful documentary about the role of Indigenous musicians in contemporary music history-featuring some of the greatest music stars of our time-exposes a critical missing chapter, revealing how indigenous musicians helped shape the soundtracks of our lives and, through their contributions, influenced popular culture.