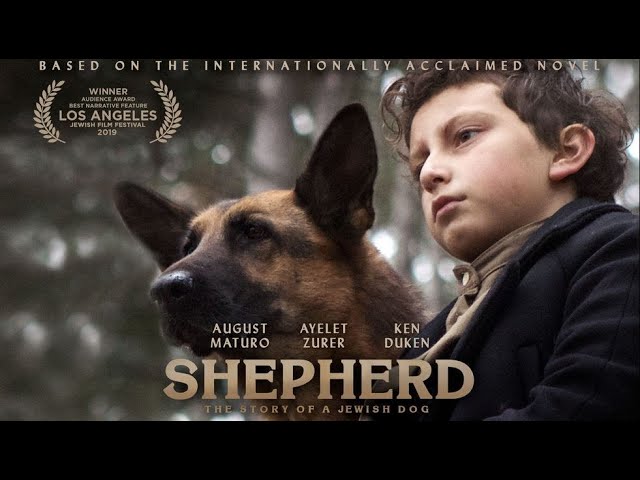 We try very hard to create a balanced program, so we approach Holocaust films cautiously. This film, however, is a story of that time that is very different from any other in that its central character is a dog whom we follow through his life – a life which begins and ends with his loving relationship with his young Jewish owner, but focuses on his life during the war years as a stray on the streets and then as a guard dog working for the SS at Treblinka. Adapted from a best-selling 2007 Israeli novel, this movie presents a unique perspective on those times. Though it is an American-produced English language movie, it was filmed on a low budget in Hungary with natural locations, retaining the impression of a very well made European production. The story begins with a German shepherd puppy coming into a Jewish home in 1930. Named Kaleb and attached to the family’s young son Joshua, he is taken from the Gottliebs when Jews are prohibited from owning dogs. We learn about everyday life in Nazi Germany from Kaleb as he lives with and then runs away from his new German owners, joins a pack of street dogs, and finally is taken into service for the SS. Kaleb is a smart dog, and we observe the training of a Nazi from a dog’s perspective. Working at Treblinka as the cattle cars of Jewish prisoners arrive, it is only when Joshua arrives as a prisoner that Kaleb’s memories are awakened and his loyalties are tested. Joshua tends the animals at the camp and is able to spend time with Kaleb. In the October 1943 revolt when 200 men escaped and 100 survived, Joshua and Kaleb join a partisan unit in the forest and survive to make it to British Palestine and live out their lives together.