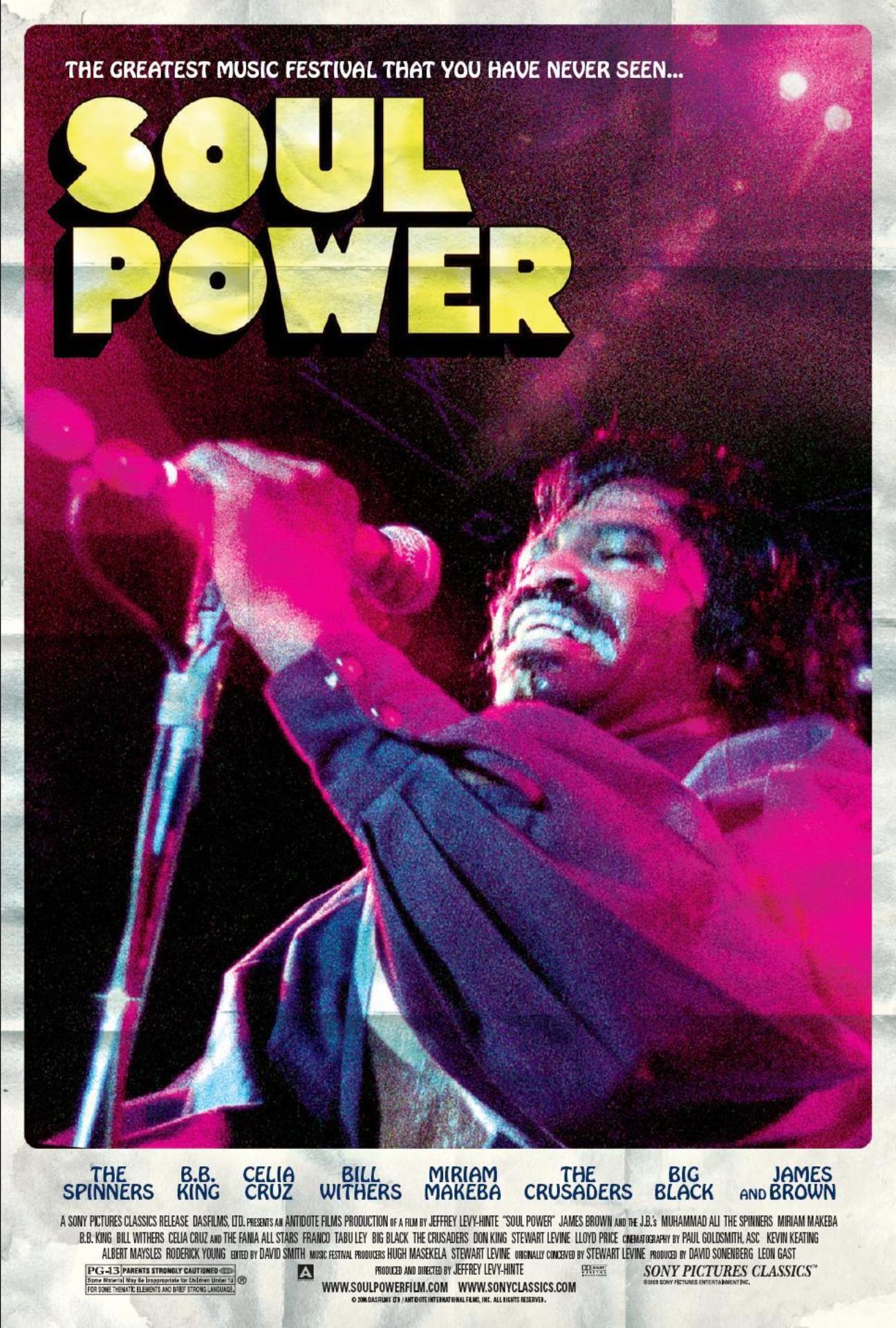 MUSIC IN FILM SERIES
Hosted by Alysha Main (Music Supervisor/DJ/Host of “Hamilton Film” Podcast)
A series for true music lovers craving a big audiovisual experience with the greatest sonic moments ever captured on film.  Host Alysha Main will take the audience on a journey through the liner notes and deep cuts from the most beloved music documentaries and biopics of all time.
In Part 2 of the series, we expand past documentaries into biopics and films with a unique musical focus.  We’ll see iconic 1970s performances by Elvis Presley, James Brown, Bill Withers, B.B. King & more; we’ll explore the lives of legendary artists Ray Charles and Aretha Franklin, and we’ll have some family fun at the “School of Rock”.
SOUL POWER (2008)
A documentary film about the Zaire ’74 music festival in Kinshasa which accompanied the famous “Rumble in the Jungle” heavyweight boxing championship match between Muhammad Ali and George Foreman.  Made from archival footage, the film features iconic performances by James Brown, Bill Withers, B.B. King & more.