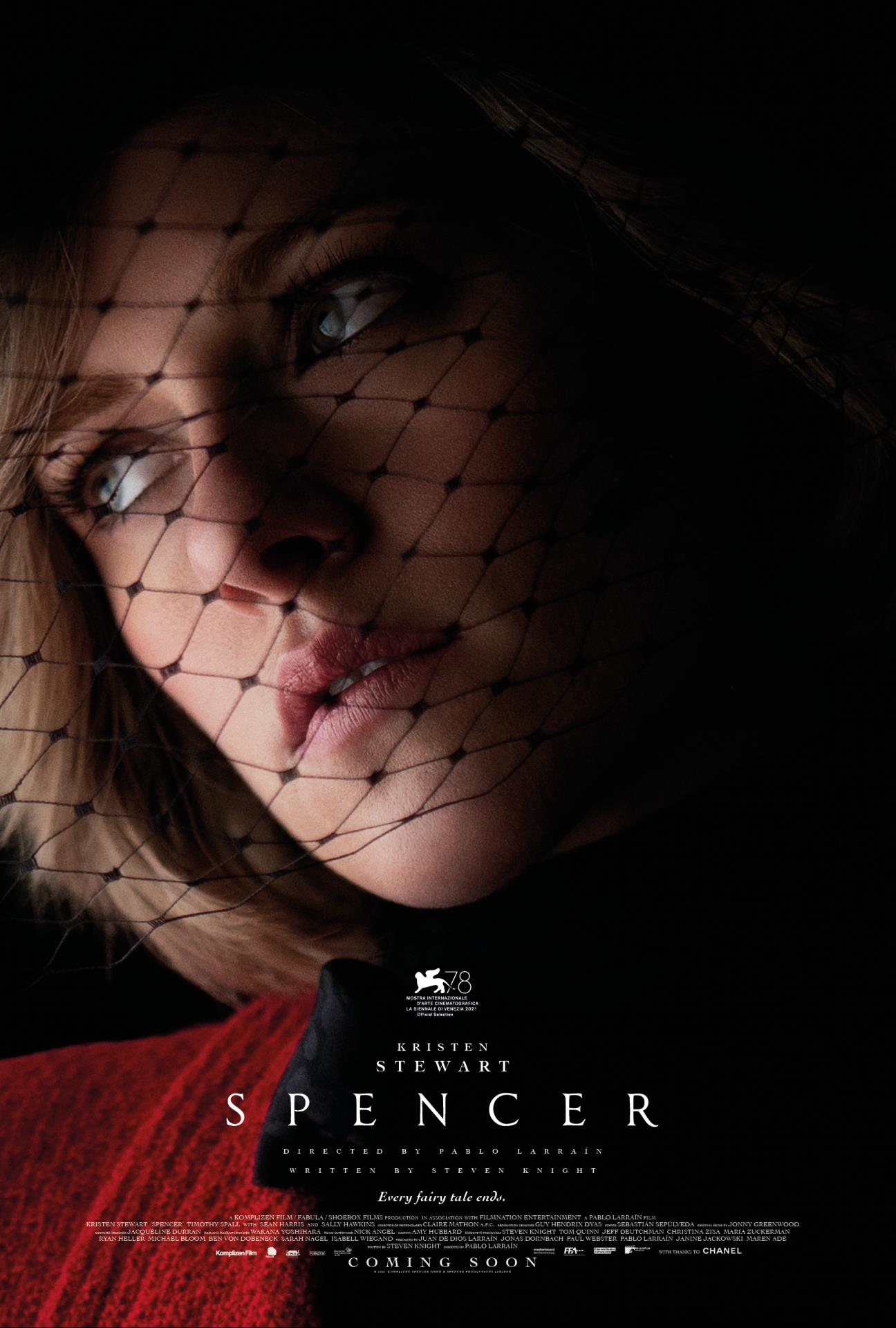 Starring Kristen Stewart, Spencer follows the Princess of Wales as she navigates a precarious Christmas holiday with the Royal Family at their Sandringham estate in Norfolk — a moment that will set Diana on a path to independence, however tragically short-lived.

The Prince’s infidelities with Camilla Parker Bowles have become public knowledge. The fairy-tale façade of Charles and Diana’s marriage has crumbled. Arriving at Sandringham tardy and alone, Diana is expected to adhere to a series of soul-draining exercises in empty propriety, routinely changing outfits and posing for photos. She savours whatever hours she can secure with her sons, William and Harry, but her sole confidant is her personal attendant (Sally Hawkins). As Diana begins to disobey decorum, her every indulgence is tracked by a former Black Watch officer (Timothy Spall) newly employed by the Queen to keep paparazzi at bay — and the Princess on a tight leash.

Written by Oscar nominee Steven Knight (Locke), Spencer elegantly balances history and conjecture, while Larraín’s uniquely atmospheric, intimate approach — buoyed by an exquisitely unnerving score from Radiohead’s Jonny Greenwood — slides seamlessly between internal strife and external strain. Stewart, meanwhile, is nothing less than a revelation, merging a meticulous evocation of a mercilessly scrutinized public figure with affecting hints of the vulnerable private woman gasping for breath beneath the mask of monarchy.