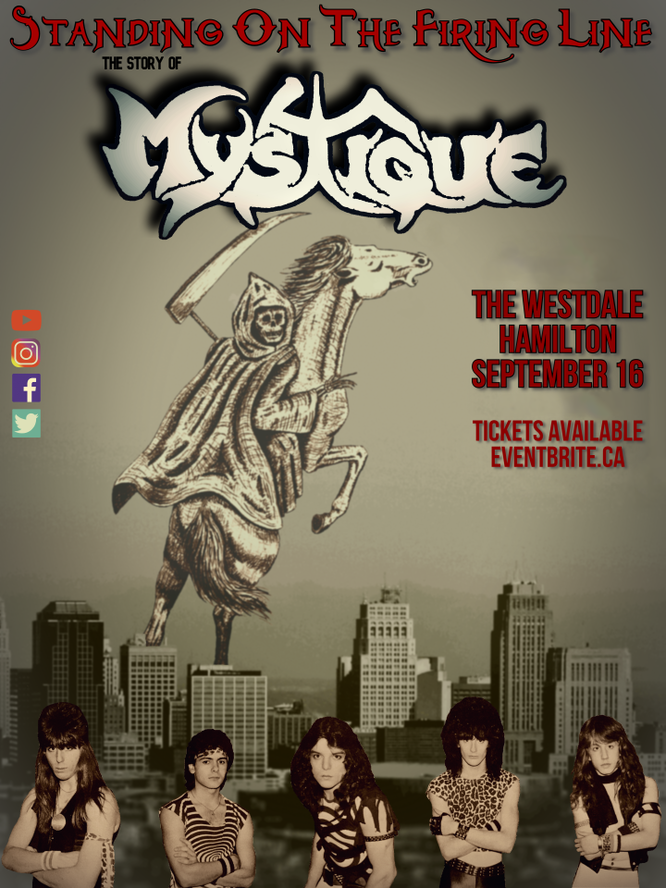 Standing on the Firing Line: The Story of Mystique

Mystique were a progressive heavy metal band from Hamilton in the 1980’s. Mystique had several releases which are still sought after and valuable today amongst record collectors.

Come see the film that documents all the ups and downs of the influential Hamilton band in the same city that they originated! With special guest Martin Popoff to introduce the director for an introduction to the film. Members of Mystique will also be in attendance!

Included in the film are several interviews with band members as well as folks who were involved with the band. Also included is an interview with music author and journalist Martin Popoff. Rare never before seen or heard photos, footage and music as well as the stories surrounding them.

Mystique were and are a historical part of the Hamilton music scene. This is a once in a life time opportunity to be a part of an event 30+ years in the making!