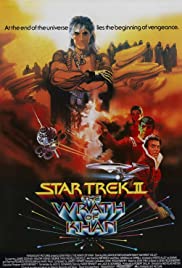 It is the 23rd century. Admiral James T. Kirk is an instructor at Starfleet Academy and feeling old; the prospect of attending his ship, the USS Enterprise–now a training ship–on a two-week cadet cruise does not make him feel any younger. But the training cruise becomes a deadly serious mission when his nemesis Khan Noonien Singh–infamous conqueror from late 20th century Earth–appears after years of exile. Khan later revealed that the planet Ceti Alpha VI exploded, and shifted the orbit of the fifth planet as a Mars-like haven. He begins capturing Project Genesis, a top secret device holding the power of creation itself, and schemes the utter destruction of Kirk.