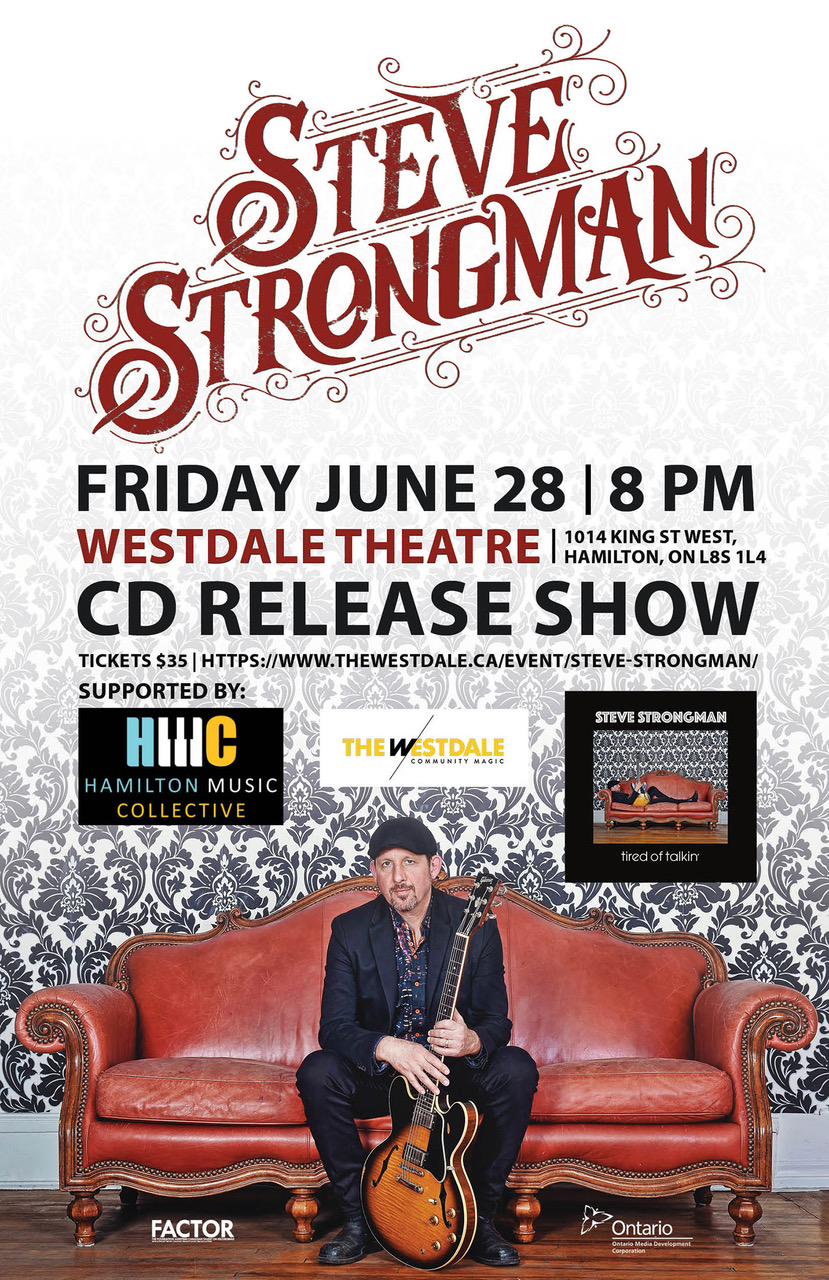 Award-winning Canadian bluesman Steve Strongman is a versatile talent, and a restless one. By constantly pushing himself in new directions, he has kept himself vital. His talent is huge and impossible to miss, and it’s matched by his staggering musical ambition — as guitar-slinger, songwriter or vocalist.

Strongman’s impressive resume includes stints opening for guitar legends such as Johnny Winter, B.B. King and Buddy Guy. The performer’s breakthrough 2012 release A Natural Fact was hailed as a standout, earning Maple Blues Awards for Recording, Songwriter, and Guitarist Of The Year as well as a 2013 Juno Award for Blues Recording Of The Year. In 2014 he was thrice-nominated at the Maple Blues Awards (Guitar Player, Electric Act, and Entertainer of the Year) and in 2015 received a second Juno nod for Blues Album of the Year (for Let Me Prove It To You).