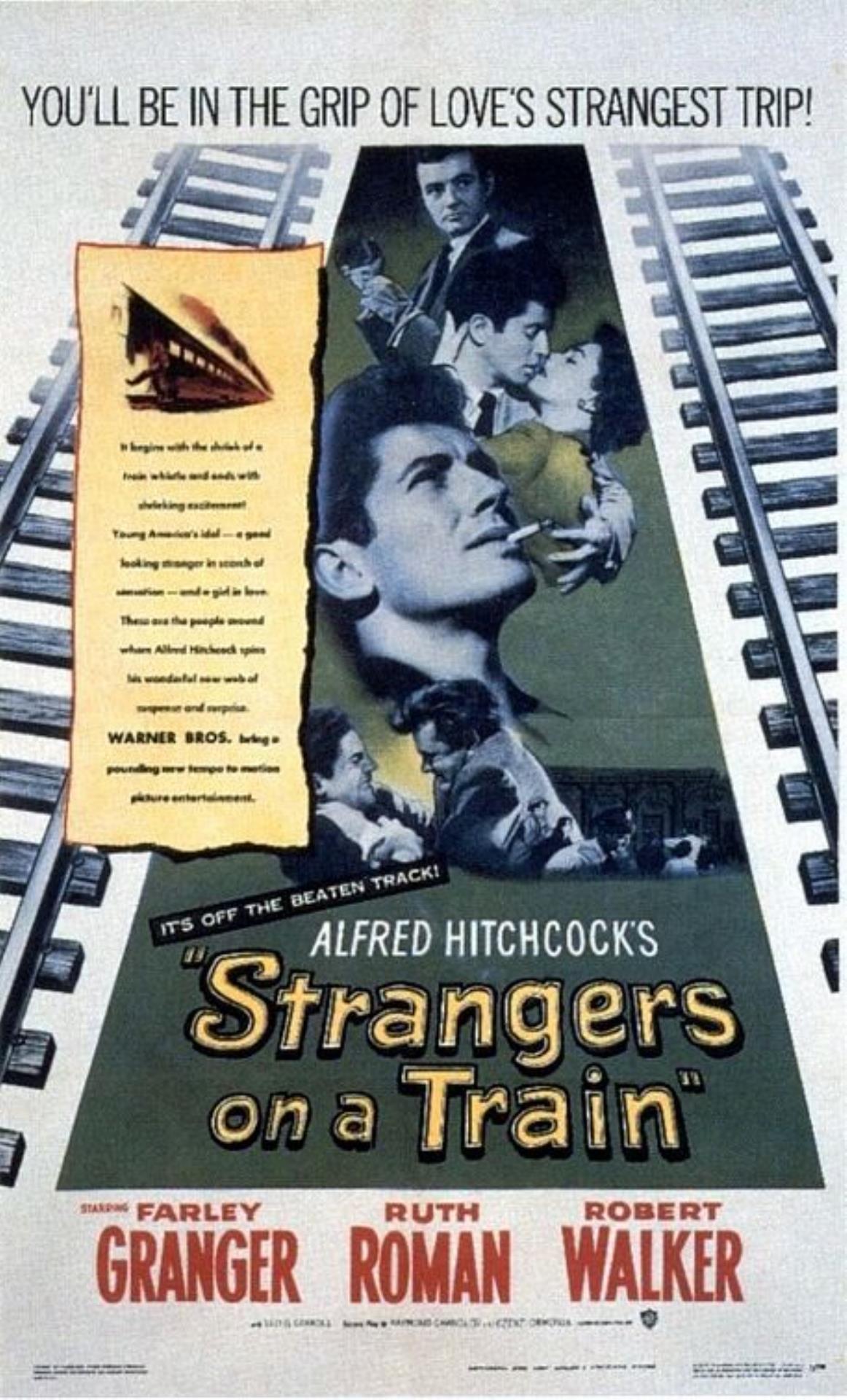 Strangers on a Train

Join us for a FREE Community Screening to Announce our Fall Film Talk Program.  Watch the film and stay for the talk with Hollywood Producer Fred Fuchs.

Reserve your FREE TICKETS below!

Bruno Antony thinks he has the perfect plot to rid himself of his hated father, and when he meets tennis player Guy Haines on a train he thinks he’s found the partner he needs to pull it off. His plan is relatively simple: Two strangers each agree to kill someone the other person wants gone. For example, Guy could kill his father and he could get rid of Guy’s wife Miriam, freeing him to marry Anne Morton, the beautiful daughter of a U.S. Senator. Guy dismisses it all out of hand, but Bruno goes ahead with his half of the “bargain” and disposes of Miriam. When Guy balks, Bruno makes it clear that he will plant evidence to implicate Guy in her murder if he doesn’t get rid of his father. Guy had also made some unfortunate statements about Miriam after she had refused to divorce him. It all leads the police to believe Guy is responsible for the murder, forcing him to deal with Bruno’s mad ravings.