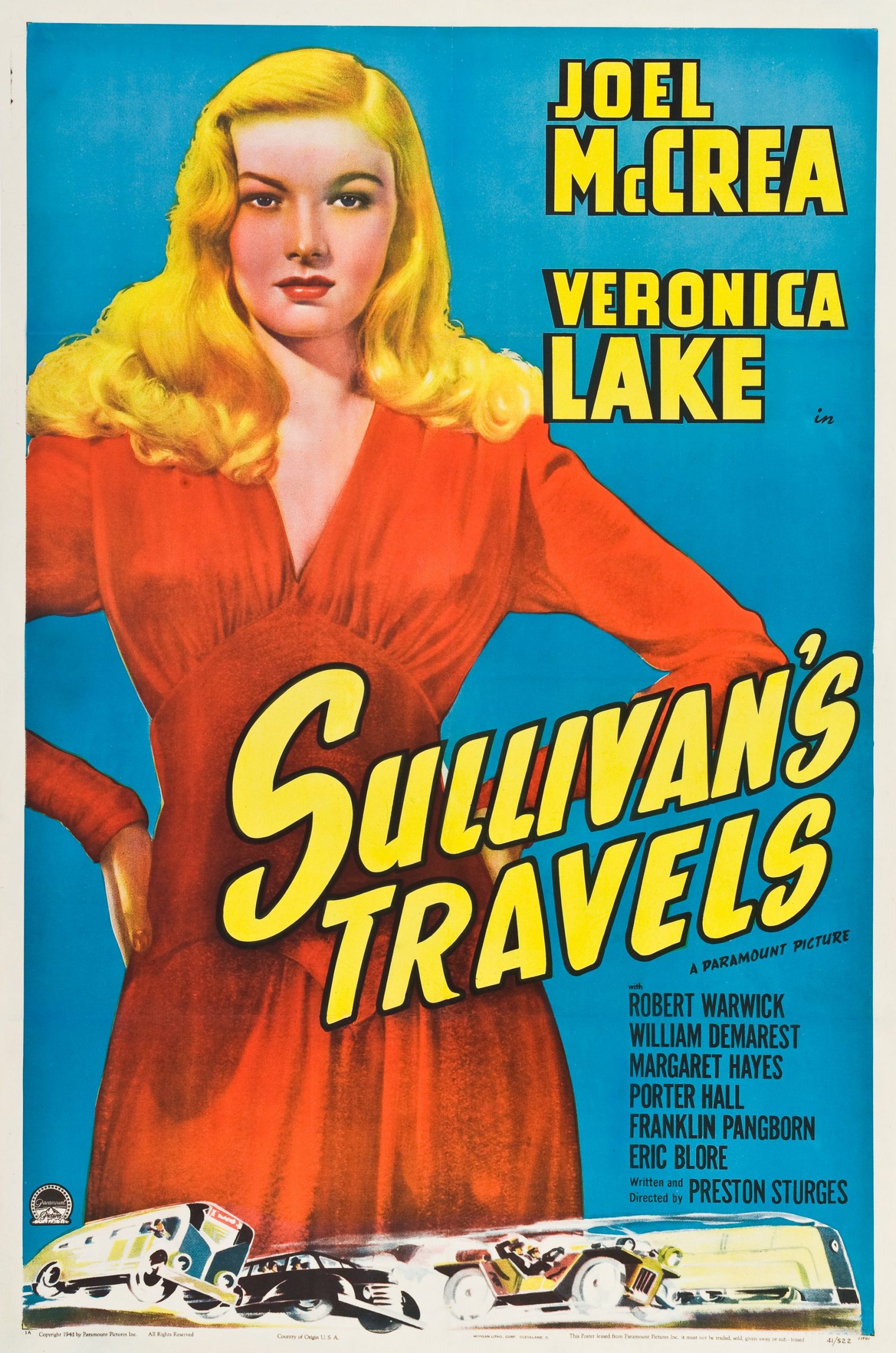 Joel McCrea and sultry Veronica Lake star in this starkly realistic yet highly humorous satire from Oscar-winning writer-director Preston Sturges. McCrea plays successful Hollywood director John L. Sullivan, an idealist who believes you can’t accurately direct a screen tragedy unless you live it first. Disguising himself as a bum, Sullivan sets off to see America from the bottom up. Along the way he befriends a beautiful but cynical stray (Veronica Lake), and learns about the cruelty of life among the less fortunate. In the midst of the brutality and despair, the young director makes a valuable discovery that what the downtrodden need most is laughter. Hailed by critics as Preston Sturges’ masterpiece, Sullivan’s Travels reveals the wonderful insight and artistry of one of Hollywood’s finest directors.