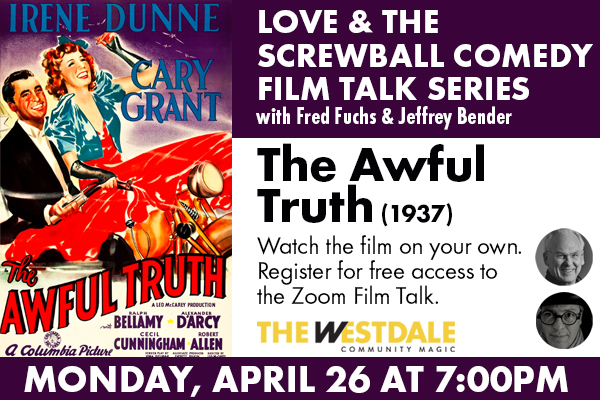 A married couple files for an amicable divorce, but find it harder to let go of each other than they initially thought.

With this 1937 film from director Leo McCarey, the quickly blossoming screwball sub-genre recruited one of its giants: Cary Grant. Before this film, Grant had impressed in supporting roles but had not yet quite hit the big time. The Awful Truth changed all that, establishing him as Hollywood’s debonair light comedian par excellence and the perfect fit for a run of screwball comedies and comedies of remarriage that includes Bringing Up Baby, Holiday (1938), His Girl Friday (1939), My Favorite Wife (1940) and The Philadelphia Story (1940).