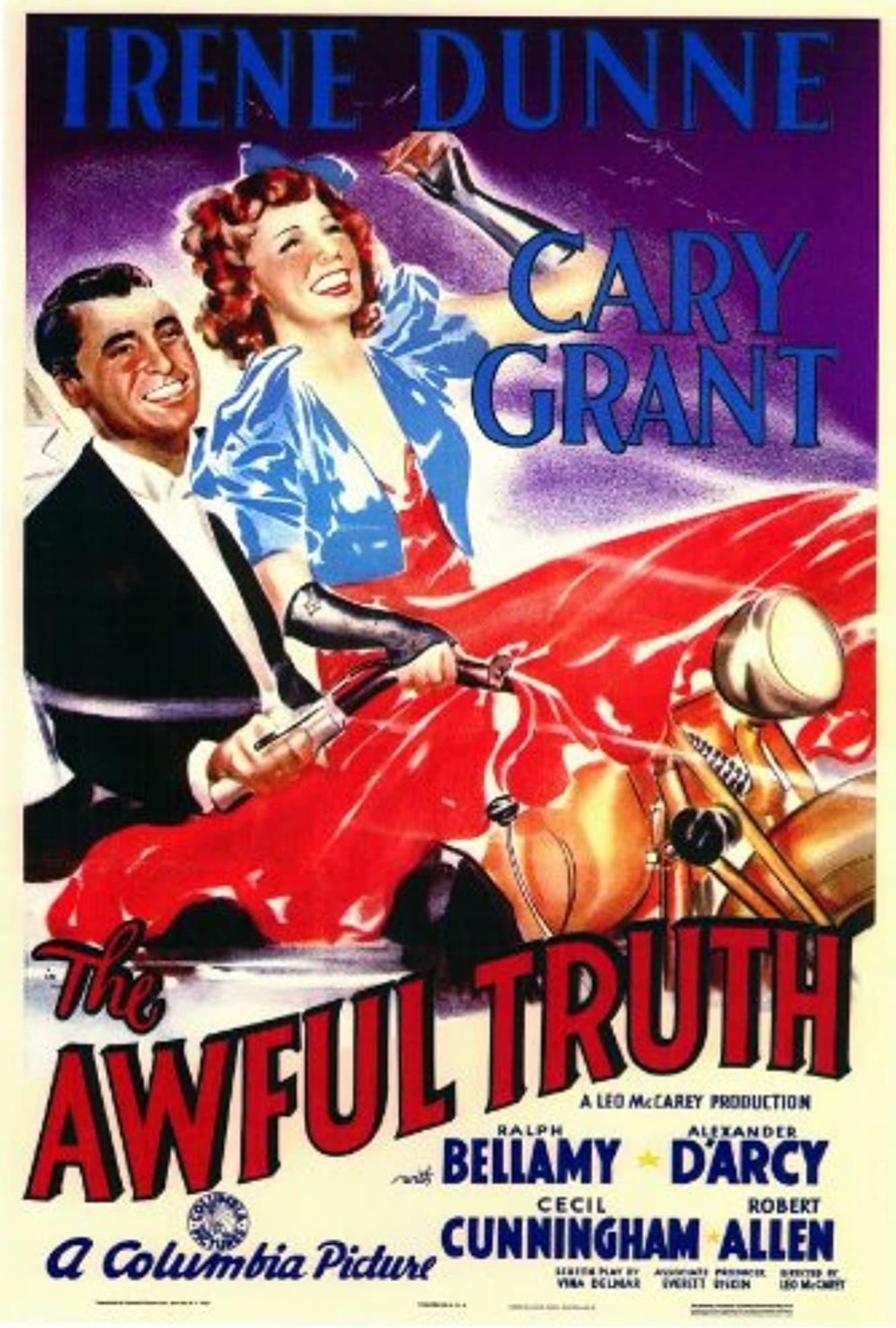 Jerry (Cary Grant) and Lucy (Irene Dunne) are a married couple who doubt each other’s fidelity: Jerry suspects Lucy and her music teacher (Alexander D’Arcy) of spending an evening together, and Lucy is convinced Jerry lied about a business trip. When the jealous pair file for divorce, both rush into new relationships, but quickly realize their love never died. The soon-to-be-divorced husband and wife then both scramble to spoil each other’s chances for newfound romance.