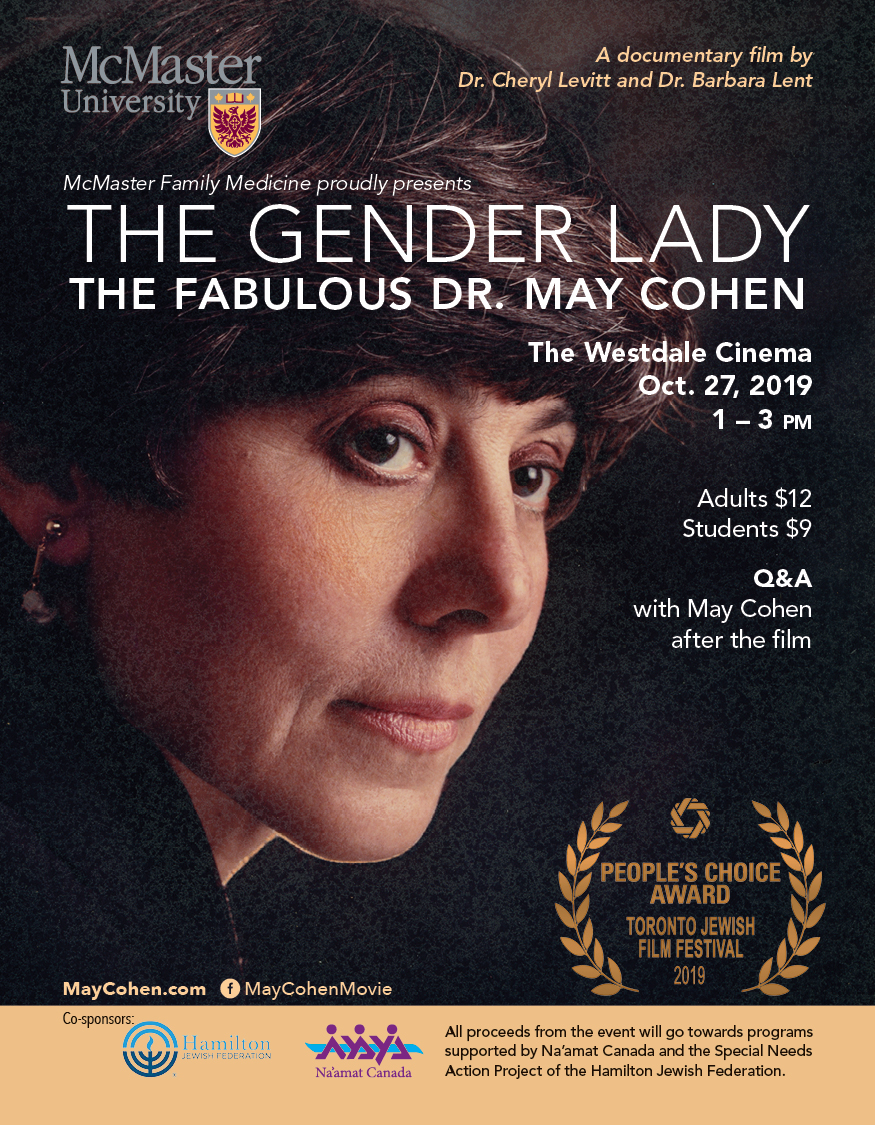 THE GENDER LADY: The Fabulous Dr. May Cohen

Hamilton Premiere! When Dr. May Cohen moved to McMaster University in 1977, “the doors just opened up for me”. Today she is a member of the Canadian Medical Hall of Fame and an Officer of the Order of Canada. Her life has been chronicled in an award-winning new documentary, The Gender Lady: The Fabulous May Cohen. The film is being shown to the public as part of the McMaster Faculty of Health Sciences 50thAnniversary celebrations at The Westdale Cinema on October 27, 1-3pm. Dr. Cohen will be available afterwards for a Q&A. May’s parents were Jewish emigrés from Eastern Europe in the 1920s. They were intensely involved in progressive political activities in Toronto, and her social values were shaped by their social engagement. She grew up on Major Street in downtown Toronto and attended Camp Naivelt, a left-wing Jewish youth camp close to Toronto.  When she graduated at the top of her class in Toronto in 1955, medicine was a male preserve and women were invisible. Over the next fifty years, May witnessed a revolution in women’s health care.

Using archival materials and interviews with May’s close colleagues and friends, this compelling film explores how influential and inspirational she has been in promoting gender issues in medical schools and the role of women doctors throughout the health sector. May’s impact in Canada and internationally simply cannot be overstated. Dr. May Cohen has demonstrated that it is possible for women to balance professional, family and personal interests — and change the world.

The screening is presented by the McMaster Department of Family Medicine, and co-sponsored by the Hamilton Jewish Federation and Na’amat Canada. Tickets are available at https://www.picatic.com/thegenderlady.