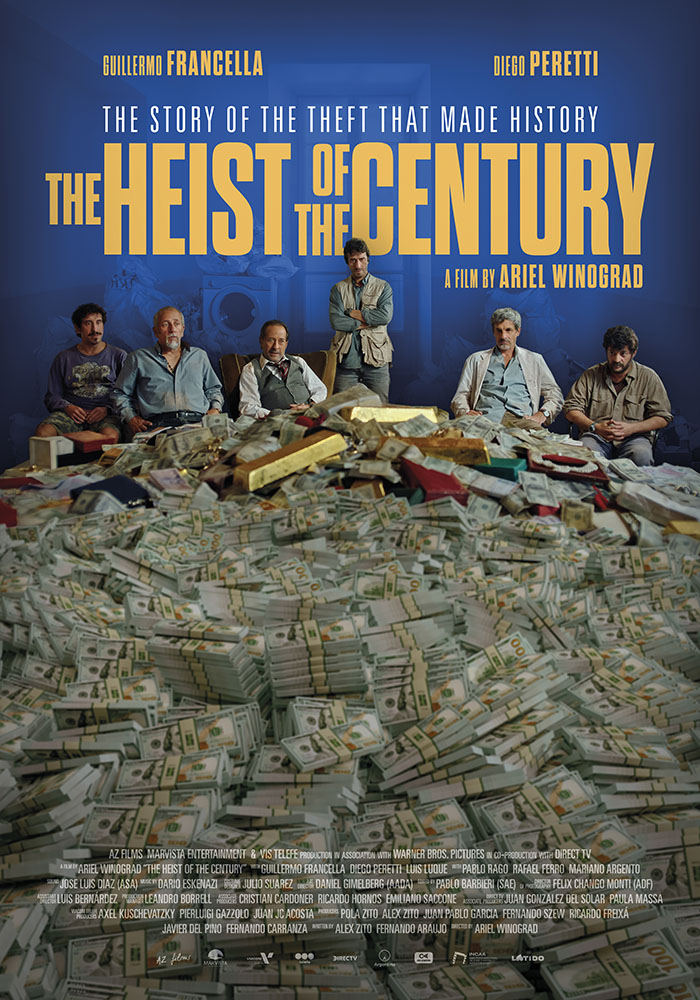 The Heist of the Century – AGH Film Fest

On the sunny and seemingly ordinary Friday of January 13, 2006, the bohemian martial-arts instructor, Fernando Araujo, and his hand-picked four-member crew stormed into the Banco Río branch in the affluent neighbourhood of Acassuso, Buenos Aires. As the thieves work, quickly emptying dozens of safety deposit boxes crammed with millions of dollars, precious jewellery, and heavy gold bullion bars, chief negotiator Miguel Sileo and his men, armed to the teeth, encircle the silent two-story building in the aftermath of the bloody Villa Ramallo robbery. Now, five determined bank thieves along with twenty-three helpless hostages find themselves trapped in the building. Will the audacious robbers get away with the heist of the century?

Tickets for The Heist of the Century AGH Film Fest 2021