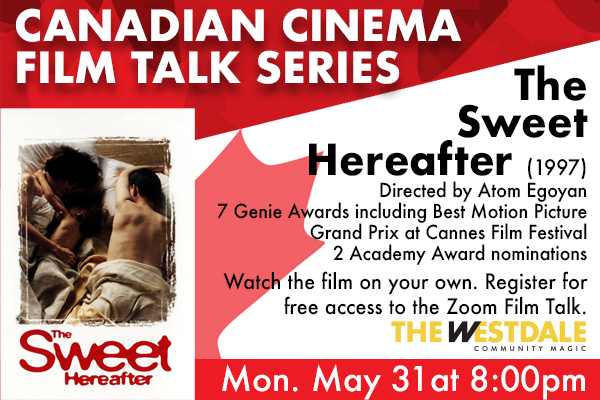 Following a tragic school bus accident, opportunistic lawyer Mitchell Stephens descends upon a small town. With promises of retribution on behalf of the grieving community, Stephens sets to work on a class-action lawsuit. But beneath the town’s placid surface, he discovers a tangled skein of deceit and forbidden desire that mirrors his own troubled life. Everyone, it seems, has secrets to keep. Through a skillful weave of past and present, Atom Egoyan explores the human spirit and its capacity for grief, loss, and redemption.

Watch the film on your own and then join Fred Fuchs, Jeffrey Bender, and then register for free access to the Zoom Film Talk.  Special guests will join the Talks who have a connection to each film and we will send you a ‘film guide’ to each movie that will include articles, insights, companion recommendations, and more.