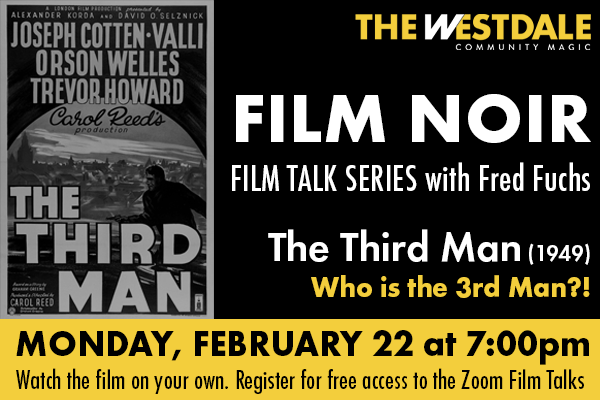 Pulp novelist, Holly Martins (Joseph Cotten) is dedicated to solving this mystery and discover what happened to his friend, Harry Lime!

Set in Post-War Vienna, amidst the underground world of the black market, director Carol Reed’s adaptation of the novel by Graham Greene is frequently cited as one of the top 100 movies of all time.

Starring an internationally renowned cast including Cotten, Alida Valli, and Orson Welles in one of cinema’s most famous roles.

Watch THE THIRD MAN and then join Fred Fuchs for an engaging talk about this legendary Film Noir classic!