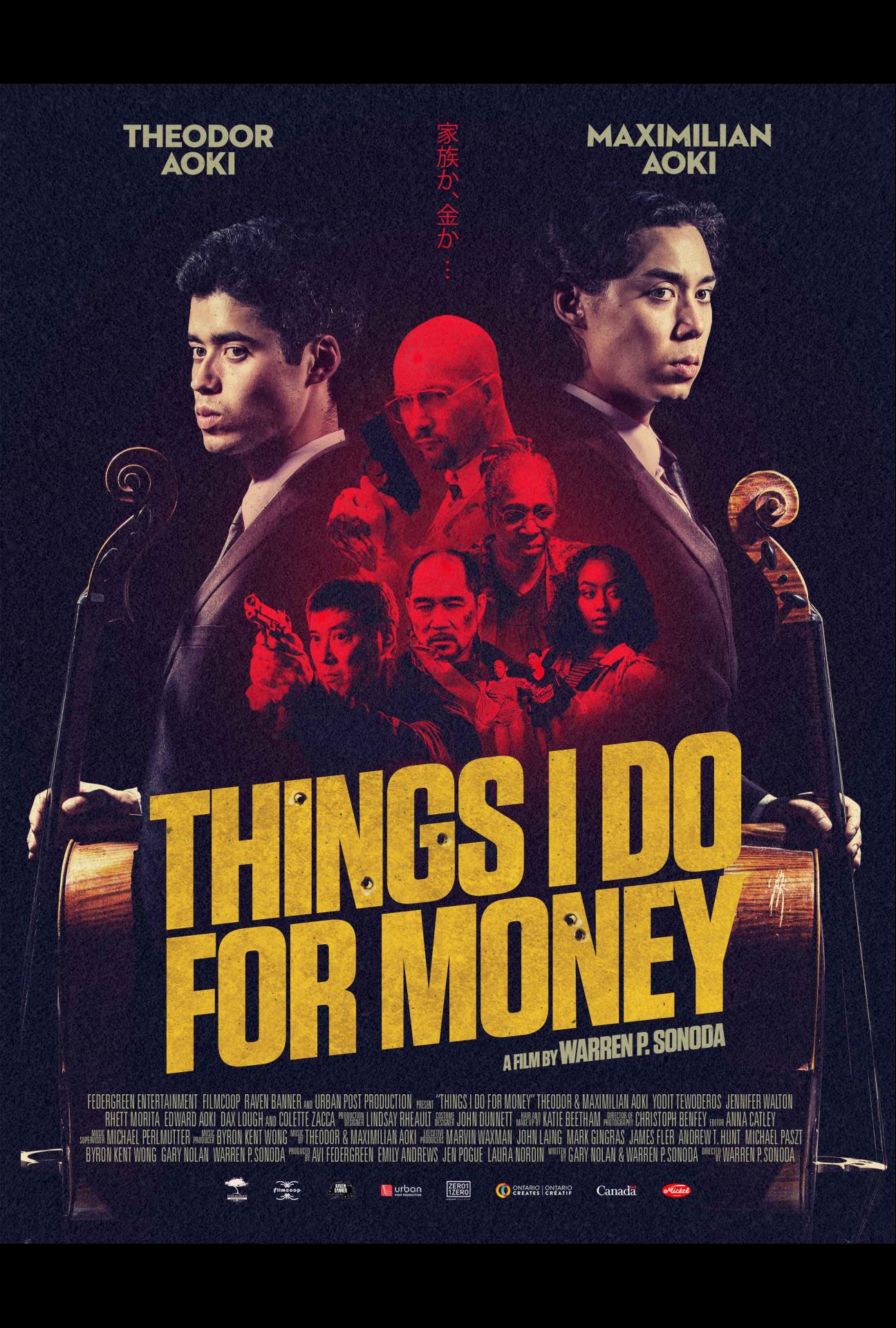 Things I do For Money

Two Japanese-Canadian cello-playing brothers inadvertently steal a bag of money – and all the woes that go along with it – from a lethal Vancouver hit man. Through a confluence of events and massive bad luck, they also have to save their father’s life, steal an $8 million dollar painting and fight for their lives to get into a prestigious music conservatory. Along the way they discover that everyone has a price and that family never bails on family, no matter the cost.

BAFTA and CSA-winning, double Emmy-nominated Hamilton-born filmmaker Warren P. Sonoda has directed over 100 episodes of television including Trailer Park Boys, Ghostwriter, Utopia Falls, Murdoch Mysteries, This Hour Has 22 Minutes, Odd Squad and just finished 2 episodes of SyFy’s hit series Resident Alien for Amblin/Universal; 11 feature films including Things I Do For Money, Swearnet: The Movie and Coopers Camera; over 160 music videos which garnered 4 MuchMusic Video Awards and 2 CCMAs; he’s received a medal from the Queen, knocked Martin Scorsese out of the Guinness Book of World Records and is the first person of colour to be National President of the Directors Guild of Canada. He also failed Ryerson film school, twice.

Maximilian and Theodor Aoki – together as versaCello – are Hamilton’s premier cello duo, instilling classical instruments with a contemporary sound. They are simultaneously pursuing opportunities in music, video, and engineering. Having recently worked with Emmy-nominated director Warren P. Sonoda, they starred in his feature film Things I Do For Money and composed its original soundtrack.