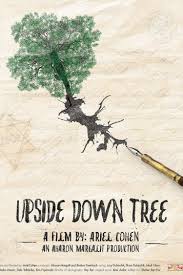 This unusual and engrossing film from Israel combines elements of the family film, the detective film, and the psychological thriller. As we previewed it, we could not understand until the meaning or source of the title until late into the movie, but we could not turn away from the screen for a moment. The film opens on a farm in Ukraine in the early 1950’s, where we meet Eva, a Jewish girl who was orphaned during World War II and raised happily with the children of a kind and maternal Ukrainian peasant. One night, a mysterious woman appears at their house and presents herself as Eva’s biological mother Elizabeth, who had to give her up during the war and was unable to locate her since. She wants to take the girl to Israel, but Eva is torn between her adoptive mother and loving stepfamily and this stranger who claims to be her mother. Reluctantly, she joins her mother in their joint journey to Israel. A series of strange events makes her wonder whether the woman is really her mother—and if not, then who is she? More importantly, why did she take Eva away from the family that raised her? Elizabeth leaves her alone to search for other people and for a mysteriously important box and key. An Israeli female detective comes calling and asking questions, and this creates the moments of tension and danger that are familiar parts of any police story. To reveal more would be to spoil the excitement and satisfaction of the conclusion, but we are glad to share with our festival filmgoers that this film is definitely worthy of a place in this year’s program.